Posted on October 27, 2012
The other night, while Ev was working, the boys and I went over to my parents to carve pumpkins with my Sister and her boyfriend, Kenny. Nixon found it very fascinating to watch me cut open his pumpkin. He kept saying, “I wan my punkin opened Mama!” After we dug out all of the seeds and guts, my sister soaked and baked them for us to snack on later.
I let Nixon pick out what picture he wanted me to carve on his punkin. He chose the birdie (crow). My Sister and her boyfriend carved out two stick figures with a heart between them, those two love birds, they’re so cute and in love.
After we were done, we stuck a candle in our pumpkins and set them out on the front porch. Nixon was very concerned about leaving his pumpkin outside, so we now have it sitting on our table. Which is okay because I think it makes a fabulous center piece. 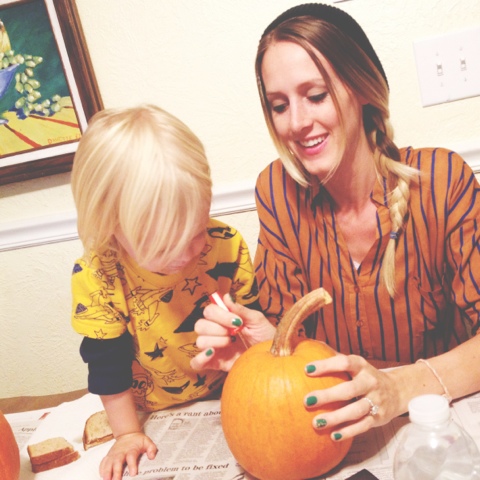 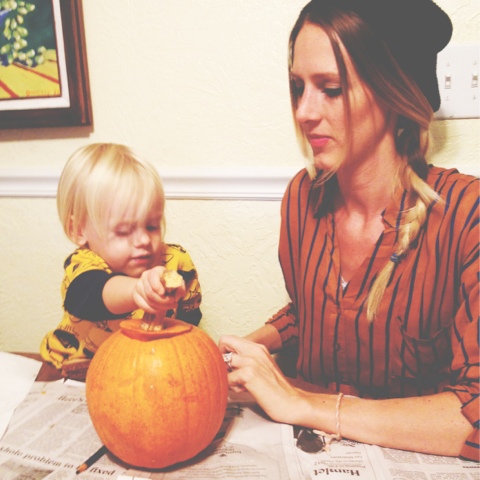 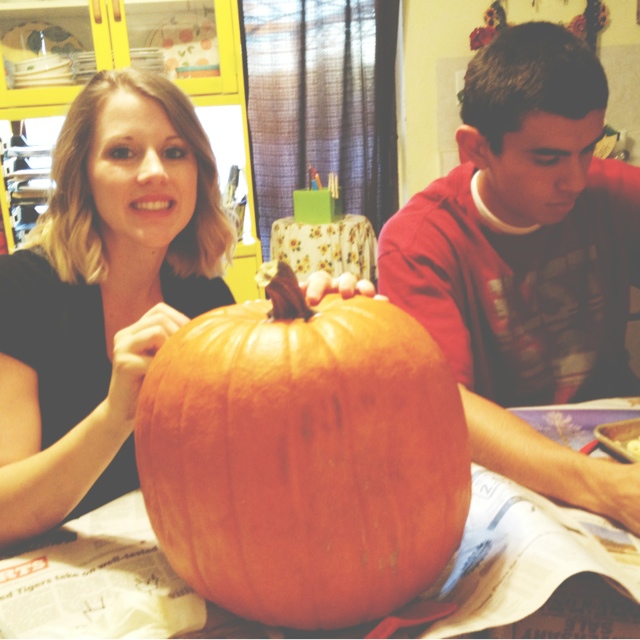 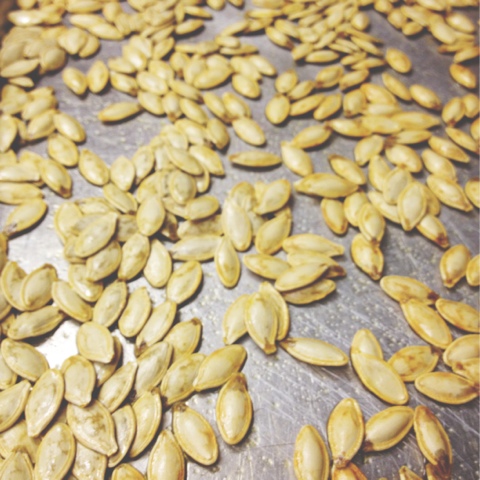 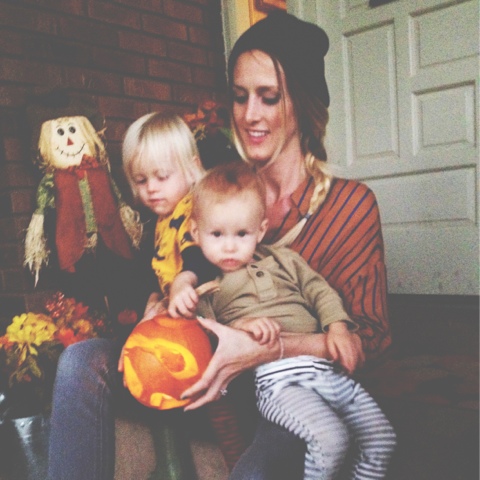 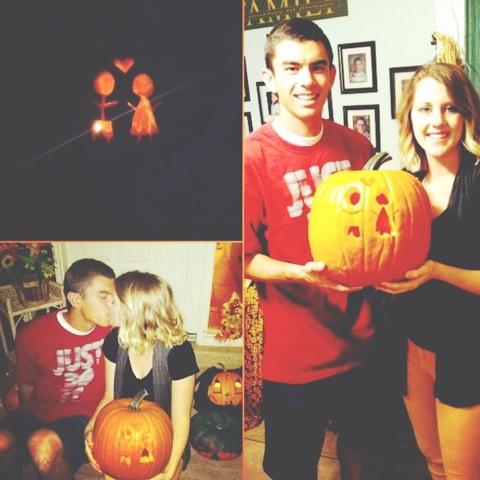 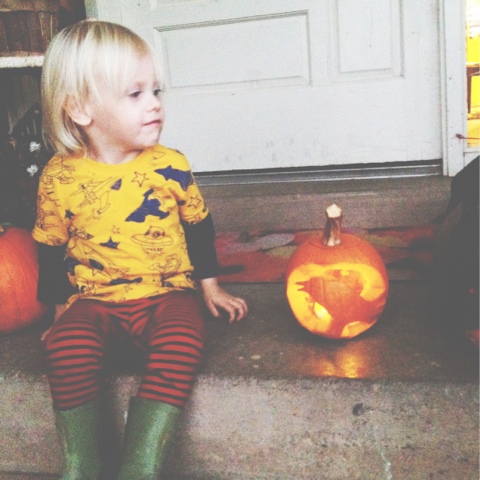