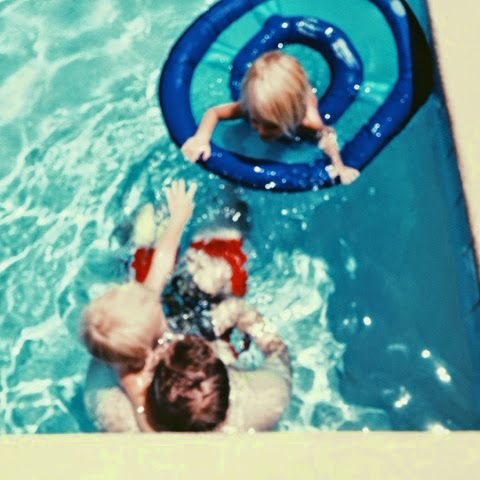 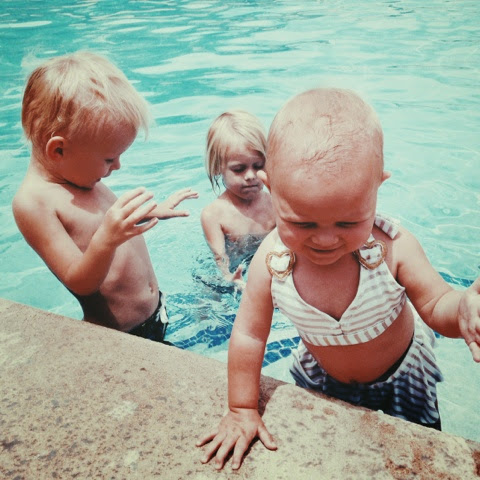 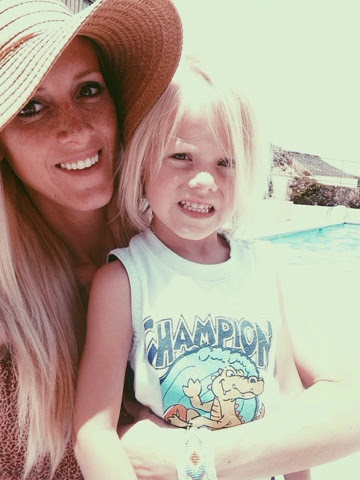 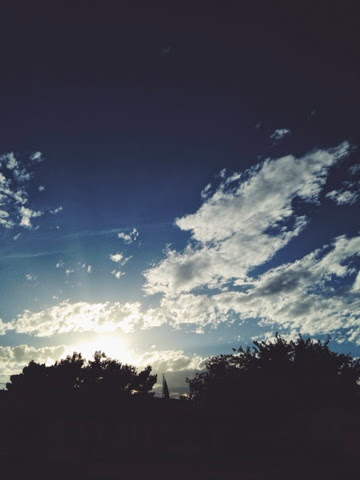 Papa bear (Nixon’s nick-name for Daddy) started summer school last week, which means between 2 jobs and finishing up his bachelor, we probably won’t be seeing him much this summer.
(insert big thumbs down here.)
He also works weekends so Monday’s are pretty much like our Saturday.
We stayed up late, slept in, ate breakfast then headed for the pool.
Gibson fell asleep in her carseat on the way over so she was able to fit in a little nap by the pool while we played and swam around with the boys.
Jovi fell in the pool a few weeks ago and is still a little shaken up about it.
He seemed to be doing a lot better today and would get in as long as Ev and I would hold him.
He kept say, “don’t drop me, don’t drop me”
Towards the end, he started warming up to the idea and started doing his favorite game at the pool where we count to 3 while he stands at the edge of the pool and then jumps into our arms after 3.
It gets him laughing and smiling every time.
Nixon has a favorite floaty we borrowed from my Sister that he likes to swim around in.
He and Ev would have races from one side to the other.
It was pretty cute to watch Nixon kick and paddle as hard as he could so that he could beat papa bear. Which he did ever time.
After about a 30 min nappy, Gibs decided to get up and join us in the pool. She loves the water.
After getting our share at the pool, we headed home for lunch.
Then at 4, Ev headed to work.
Ev working and being gone so much, makes us take more advantage of the times we do get to spend together. They have become a lot more meaningful.
It’s made us focus more on the now – the present rather than always looking to the future.
Life is short and we don’t want to regret missing out on anything in our little one’s lives by getting caught up in little things that really don’t matter at that moment.
Life is good and meant to be enjoyed, so why not enjoy it with the ones you love most.
xoXox
By Tayli