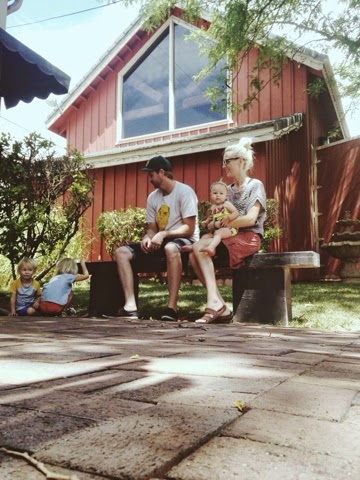 Saturday morning after breakfast, we headed out for the farmers market & some snail hunting with the little ones.

We walked around for awhile, then we had to stop when the boys spotted out some ants and had to investigate.

Nixon asked Ev and I if we could get a pet anteater so that it could eat up all the “fire ants” whenever he found some. I told him he already has a pet lizard (dragon) and jovi has his fish (planet earth) so I don’t think we need anymore pets right now, especially a anteater…

To get his mind off of having a pet anteater, I pointed to some snails under the bush where we were standing. He Lovvves snails so that instantly distracted him from owning a pet anteater.
Can you even imagine?! haha.

After that, we headed home to clean and de-junk the house.
I don’t what it is, but there is something about getting rid of stuff and simplifying that makes me feel so refreshed and regenerated. I love it!

The boys helped go through some of their toys as well.
We had a bag for broken toys and a bag for donating to the DI.

We filled them both full plus more! It felt pretty good.

Ev and I also went through some of our shoes & clothes we haven’t worn for a while and tossed them into bags.

4 garbage bags later, we loaded up into the car and took our things to donate. 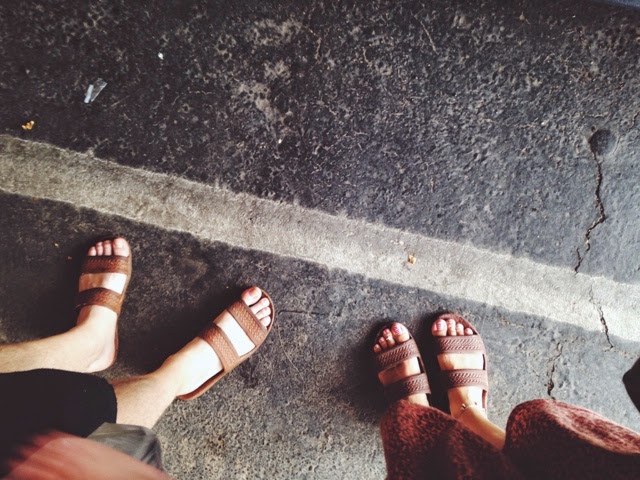 That moment you look down and realize you have turned into THAT couple. -The matching couple-
(which I secretly have always found to be the cutest thing. shhhh don’t tell Evan;))

On the way, we stopped to get a ice cream cone as a cleaning treat for the boys.

On our way back home, it started to pour (not rain) POUR!
We immediately rolled down the windows and stuck our hands out to feel the rain.

The air was still 102 degrees so the cold drops of rain felt so refreshing against the warm air.
Plus the smell was something else. – don’t even get me started on how much I love the smell of rain.

After we got home, we ran out into the rain with our hands up, as if we were trying to catch it.
“It’s raining, it’s raining”! the boys kept saying over and over.

I’m pretty sure I had a big childish grin on my face the whole time as I watched them.
Their happiness is my happiness.

The funny thing of it all is, I was just telling Evan the other day about how much I wished that it would rain because it hadn’t in dayssss.

It was the perfect way to end our summer-cleaning-de-junking day. 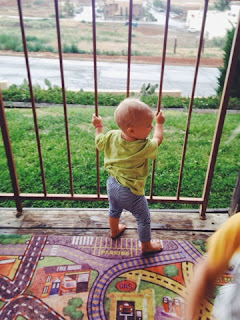 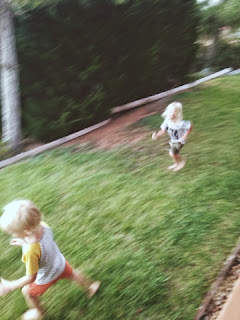