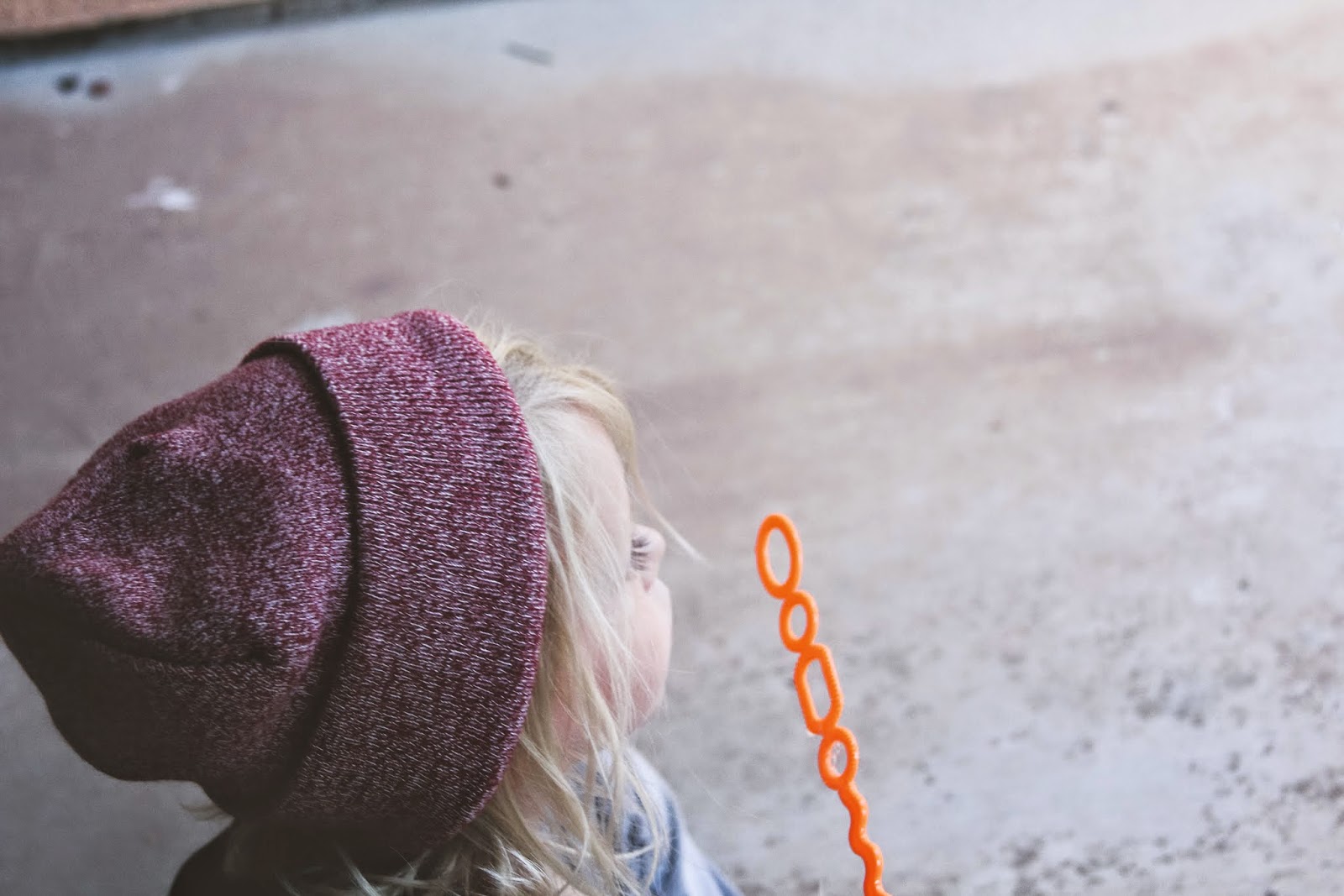 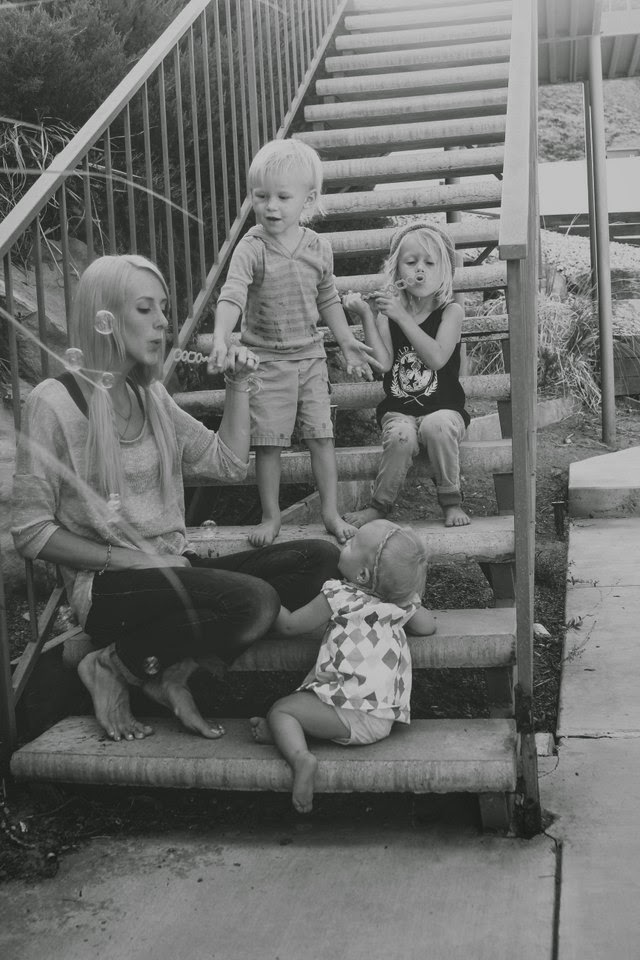 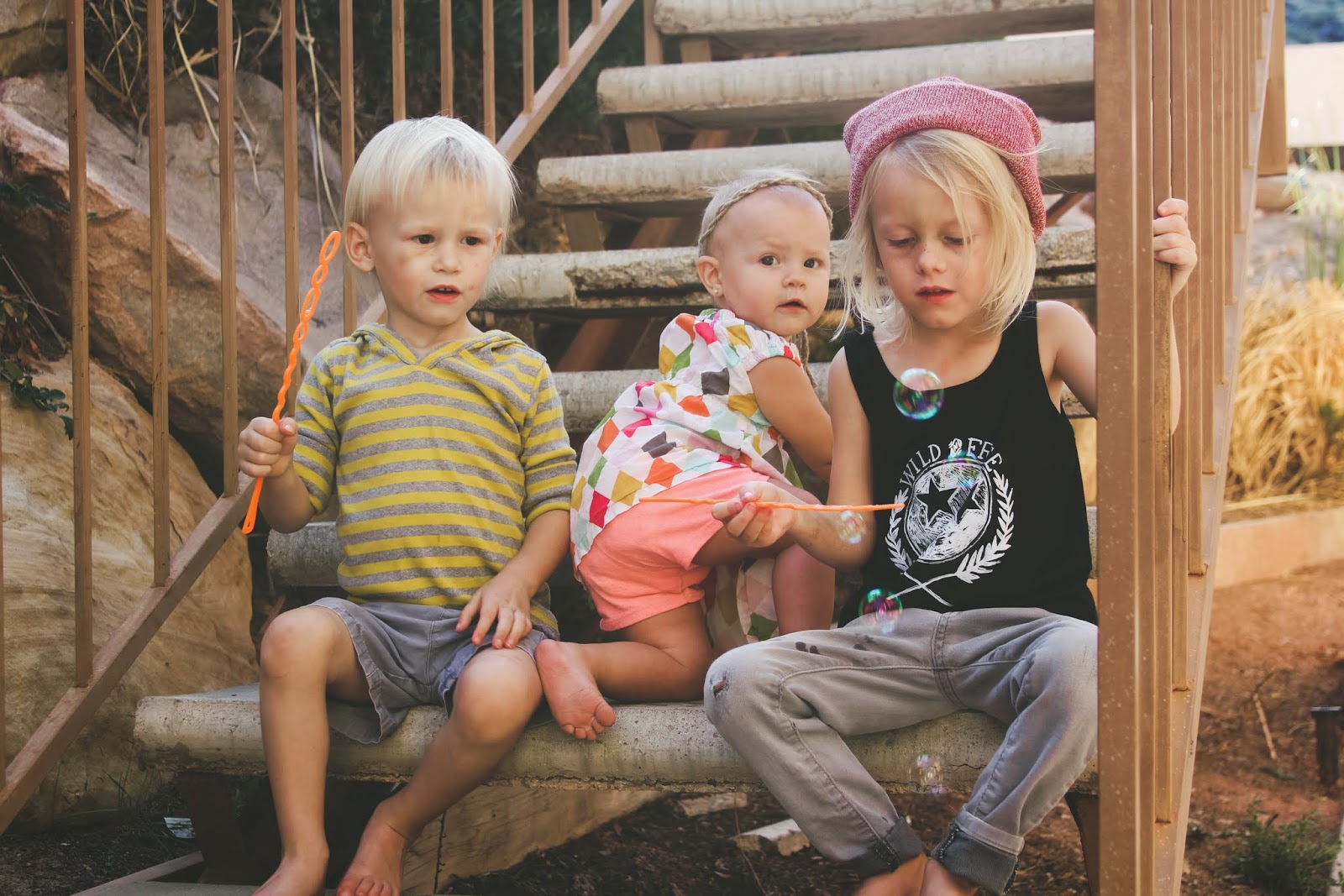 After nap time/quiet time, I told Nix he was in charge of picking out an activity for us to do.

He came up to me with two huge bubble containers he found in the hall closet and said that he wanted to blow bubbles outside for the activity.

I got the kids dressed (since the majority of the day they roam around in the underwear or dipe,)

After they were all dressed, we headed outside and Nix told us where to sit for our bubble blowing party.

Jovi was having a hard time figuring out how to blow the bubbles hard enough, so Nix tried to help him out a few times, “here Jov, try it like this” he’s a good older Bruddar. I told Jovi he’s on tomorrows activity.

Gibson was a good observer. She wanted so badly to dump over the cup of bubbles. She thought it was pretty rude of us that we wouldn’t let her!

Nixon pretty much showed us all up with his bubble blowing skills. And Jov eventually gave up on the bubble wand and thought it would be more fun to stick his hands in the bubbles and rub them together creating very bubbly soapy hands. Yay.

After all that mess, we went back inside for baths and dinner. 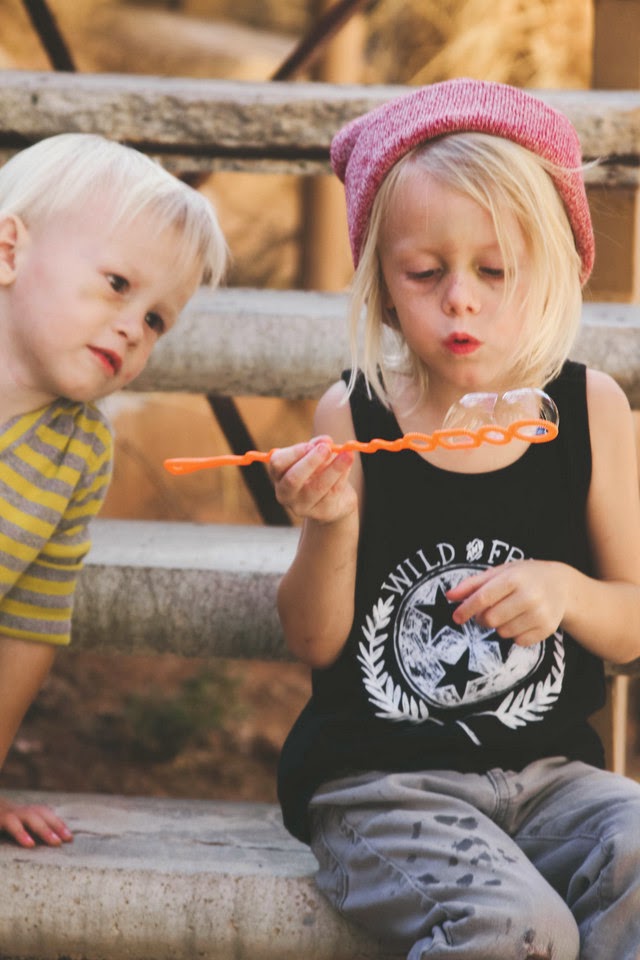 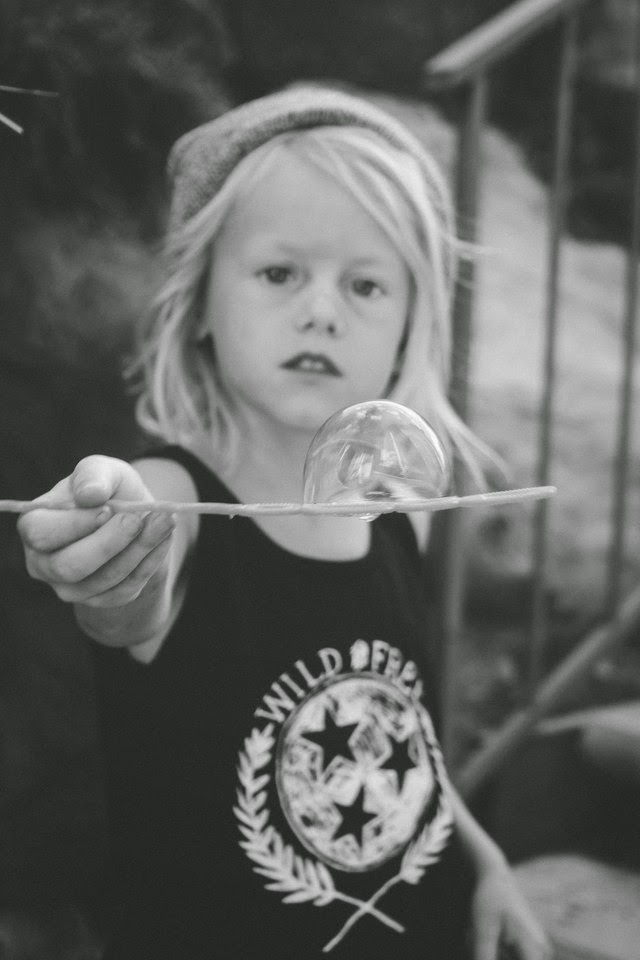 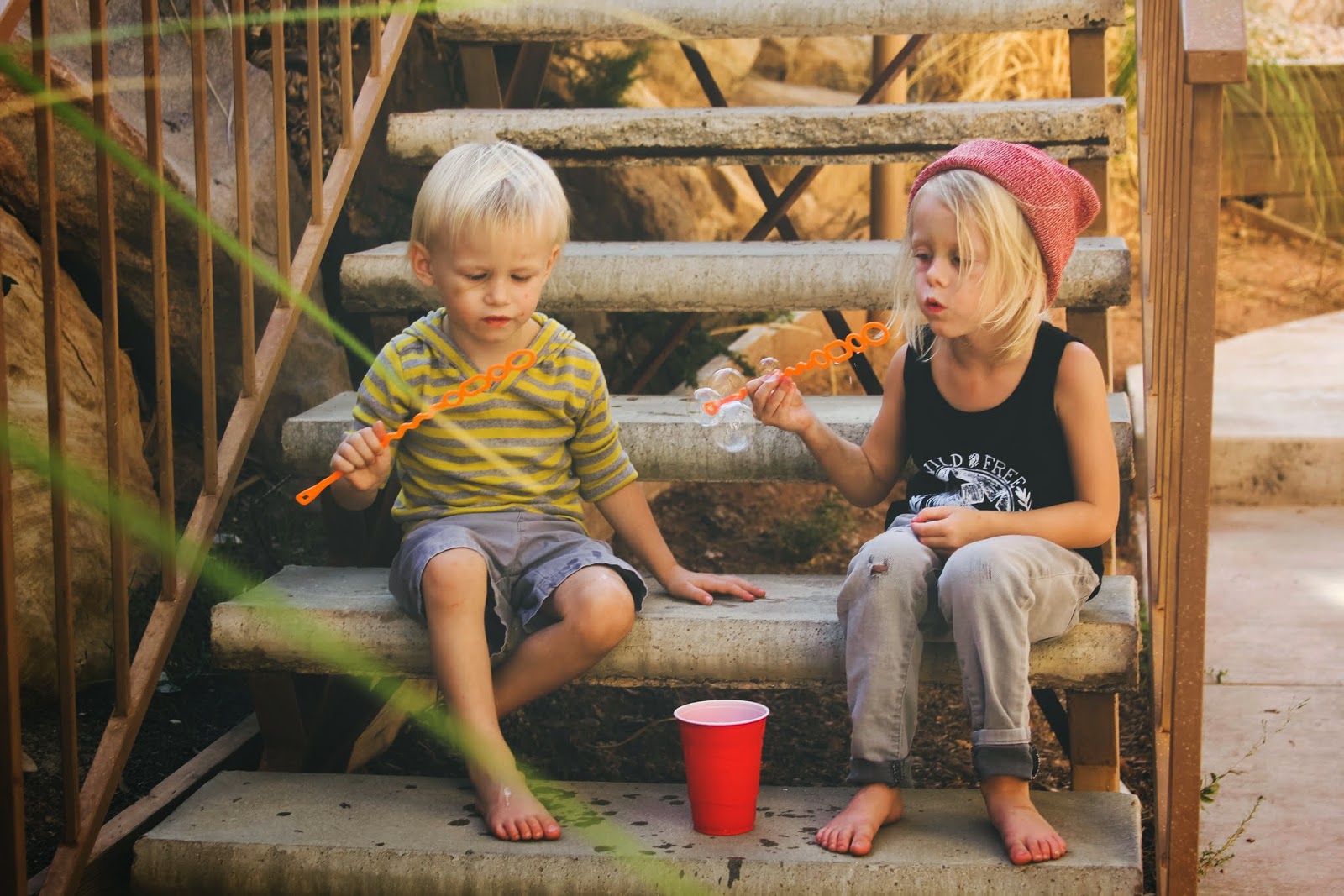 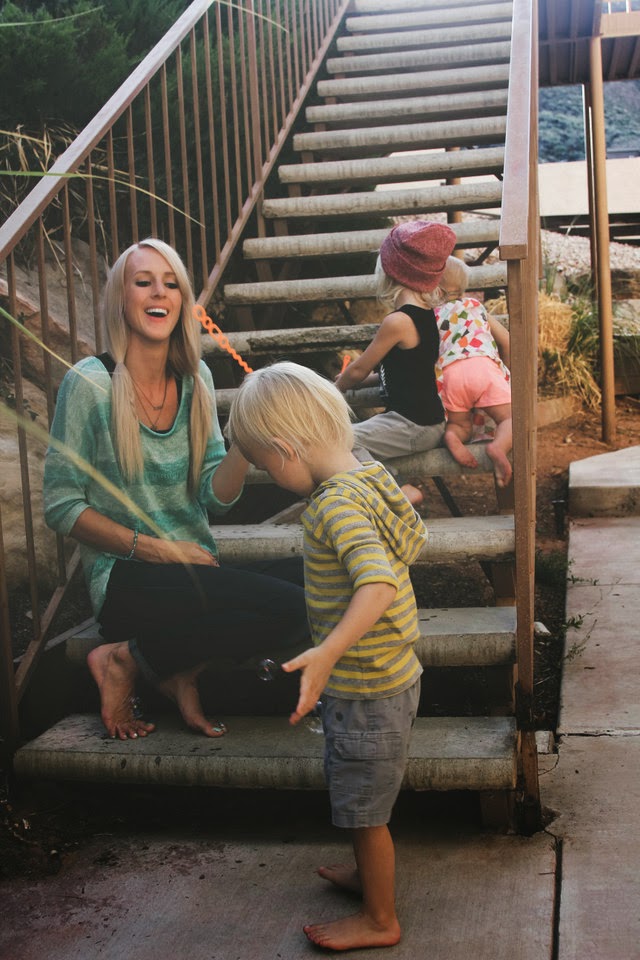 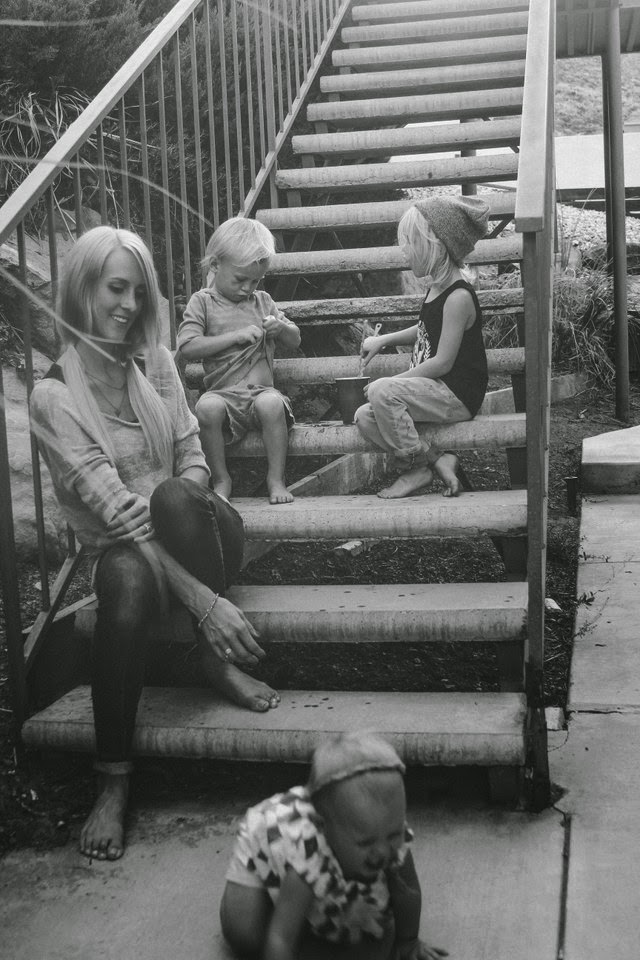 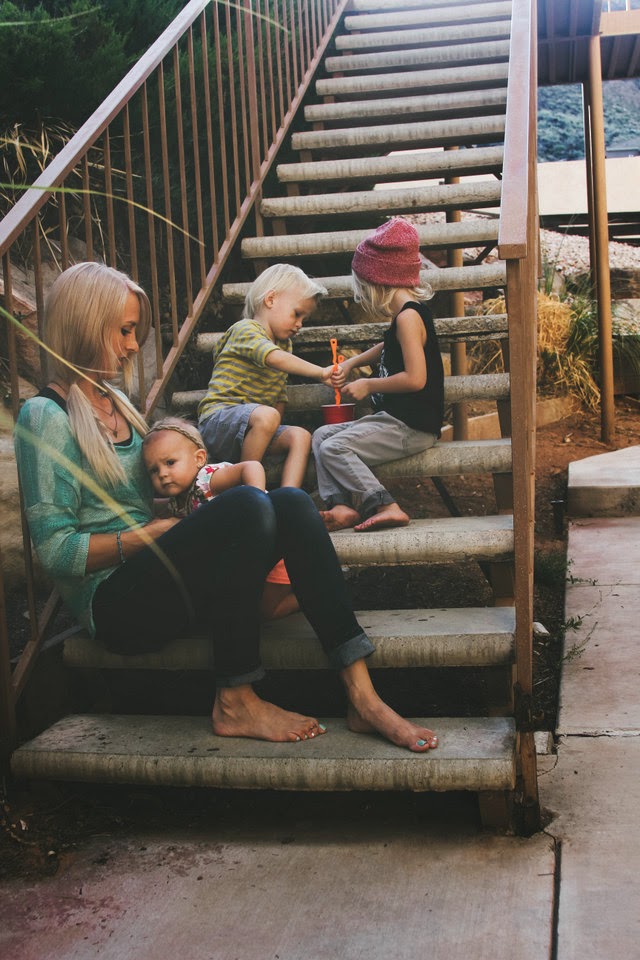 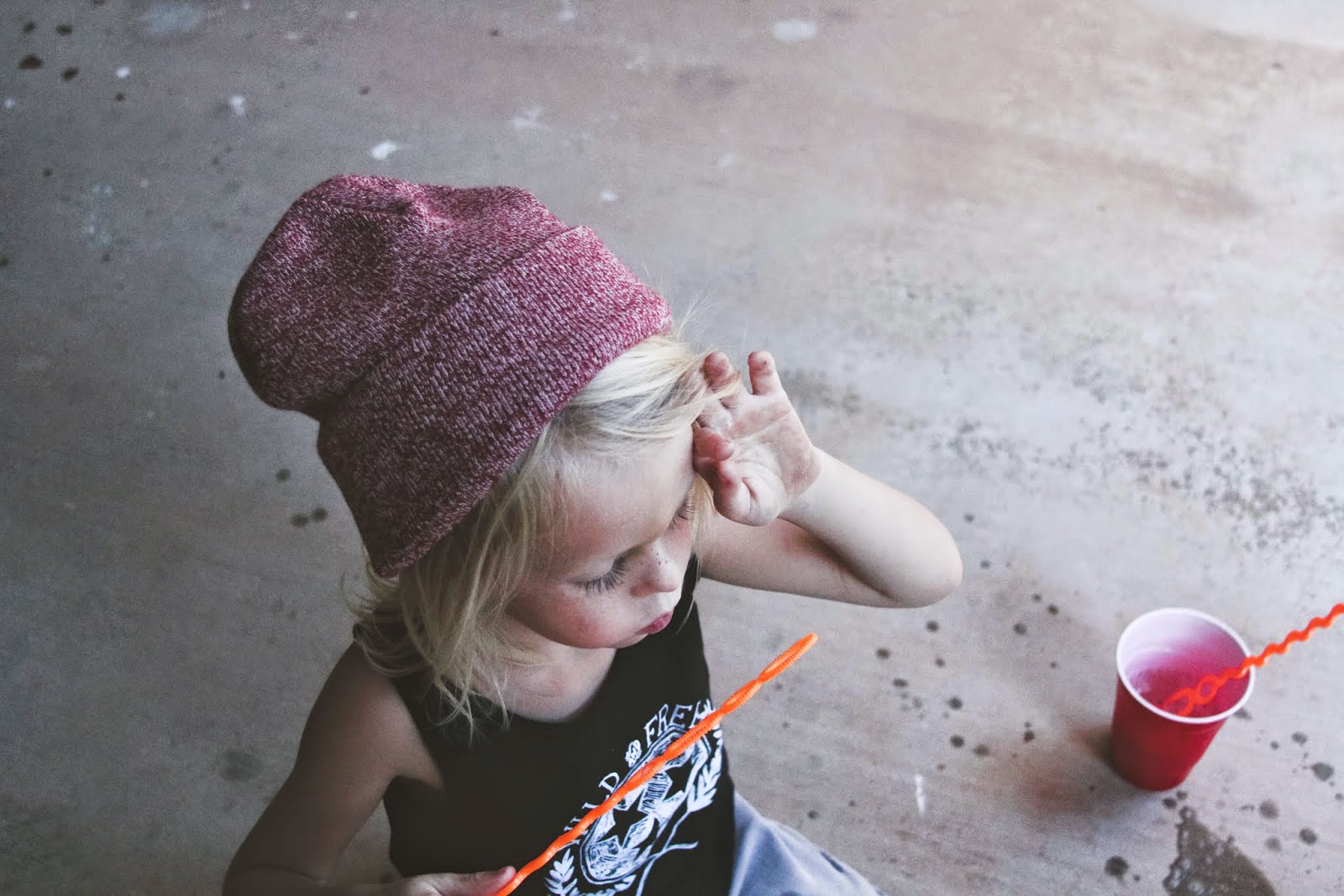 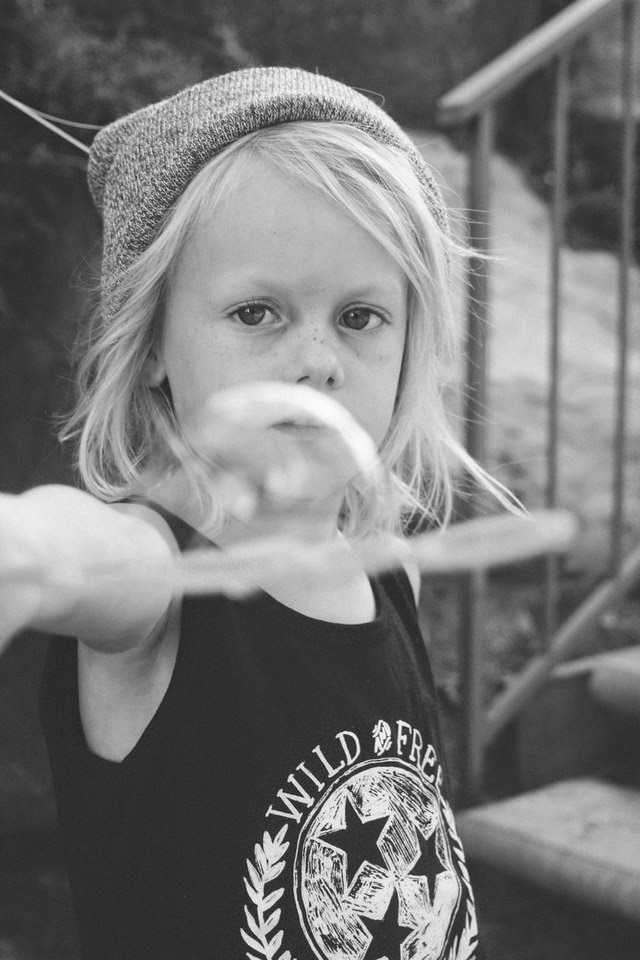 {You can find Nixon’s shirt here.}