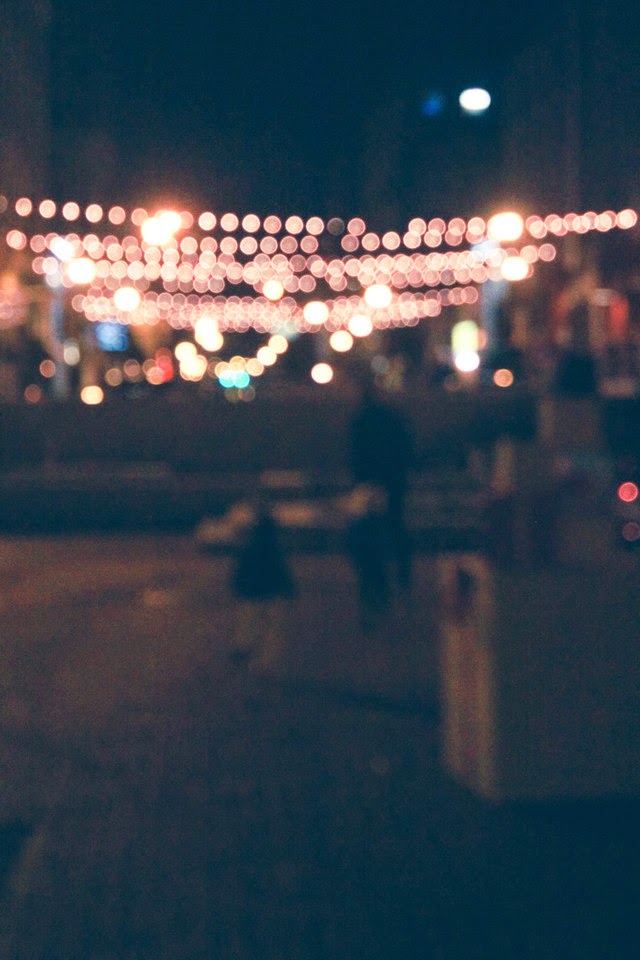 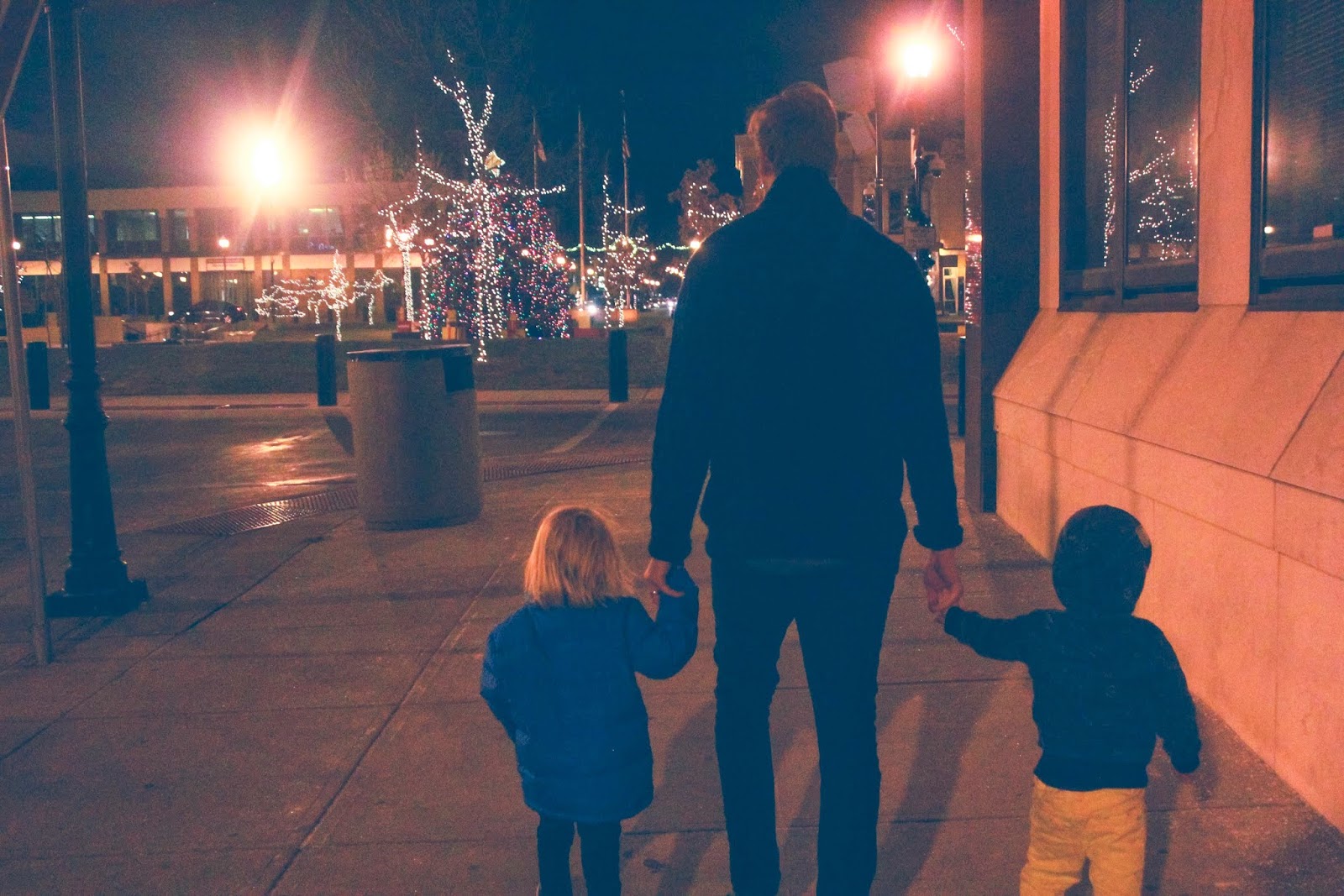 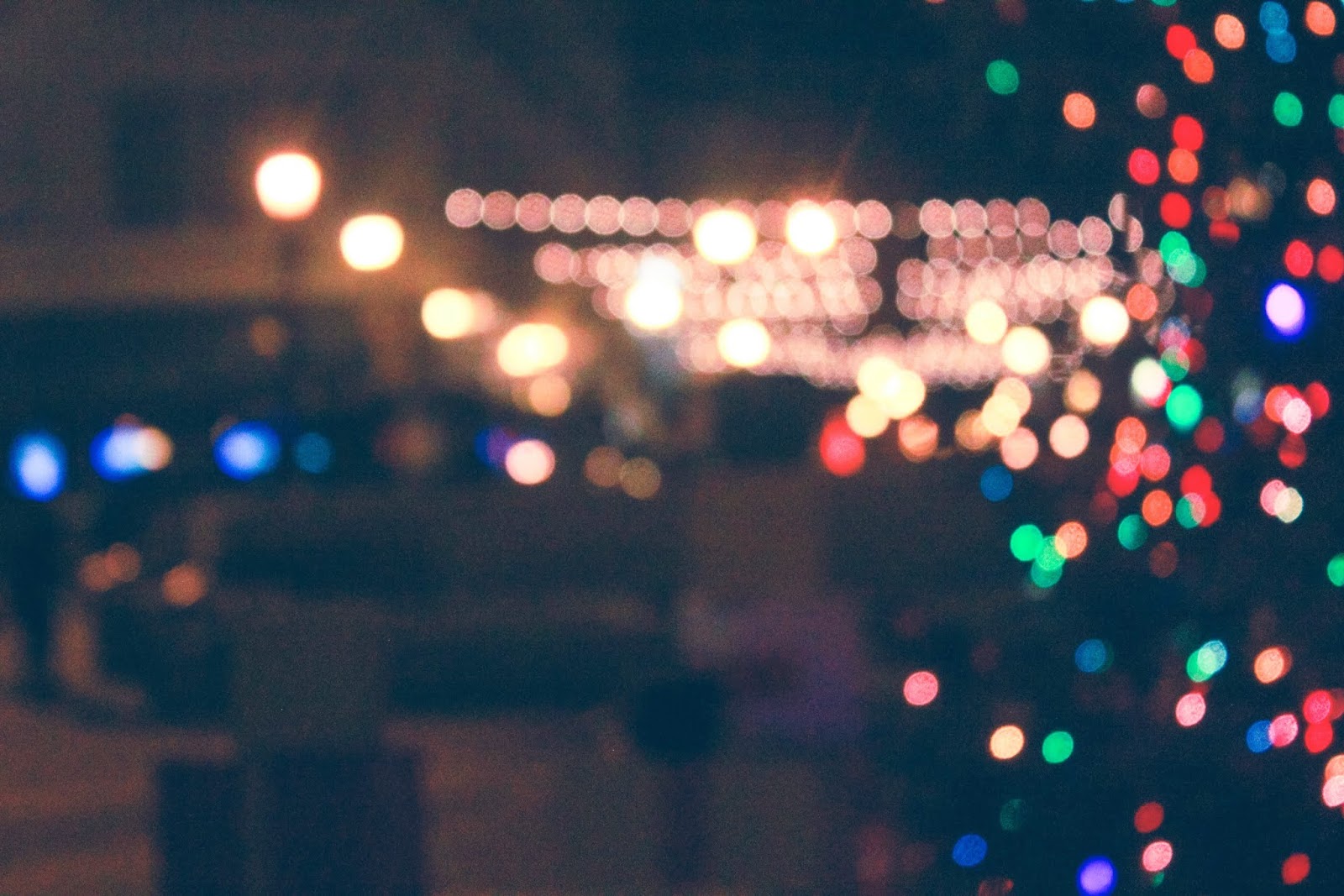 We took the little loves downtown to see the big Christmas tree & Christmas lights. On the way there, we stopped by the grocery store so we could each pick out our favorite candy to eat on the way. Jovi and Ev got M&M’s, (of course) Nixon picked a pack of skittles and I went straight for the Ferrero Rocher’s. We payed for our treats then headed Downtown.
Gibs was feeling pretty glad she sat by Nix in the car, he had been staring his Skittles with her the whole way there without me knowing. It was so sweet of him to share, but i was praying she wasn’t going to end up with a belly ache! – so far so good.
The instant the boys spotted out the tree, there was a whole lot of excitement going on in the back seat (probably a mini sugar rush as well.) We parked and walked over to see all the “pretttyyy light”
The kids ran around and tried to guess what was in each of the giant presents. Nixon guessed a rino of course since that’s what he asked Santa for Christmas, I can’t remember what Jovi’s guesses were, and Gibs just ran around saying “oooo” at all of the pretty lights.
We didn’t last very long since we are still trying to get use to this colder weather – we kept it short and sweet. Jovi is usually the first to make the call when it’s time to go. His exact words were, “less gooo now, it’s freakin’ cold!” haha i love that kid.
We headed back to the car, stopped for some gas then made it back home just in time to get the little loves in their jammie’s and tucked into bed. (which took a lot longer than i would have liked, i’ll blame the sugar high.)
Every night when I tuck them in, i always ask what their favorite part of the day was. They both agreed that seeing the giant tree was pretty awesome stuff. 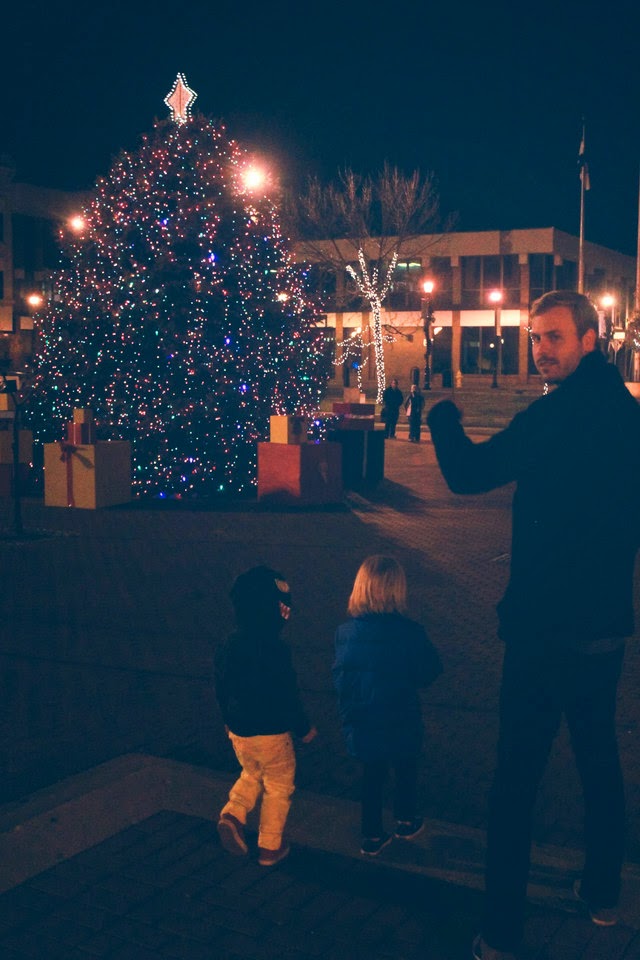 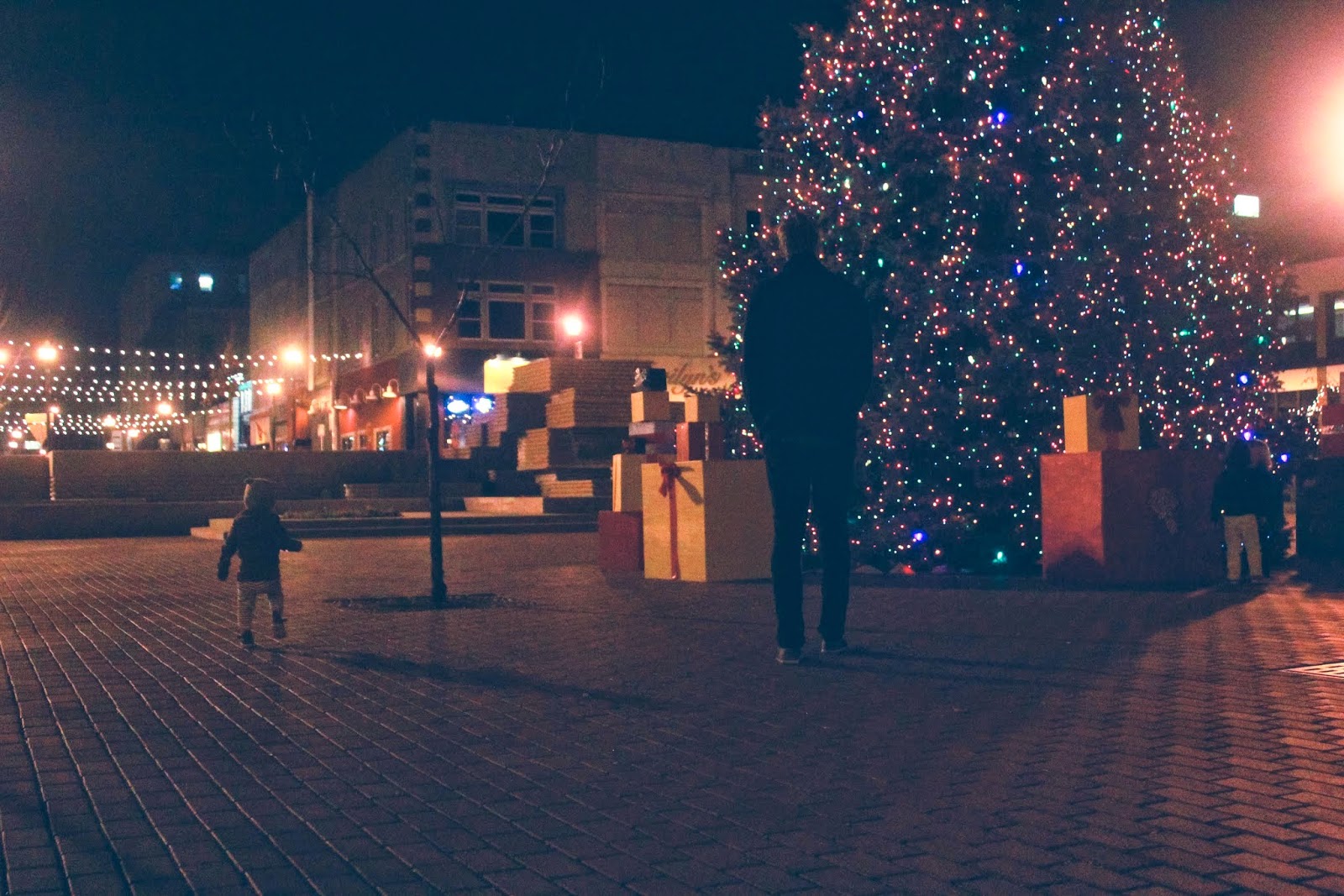 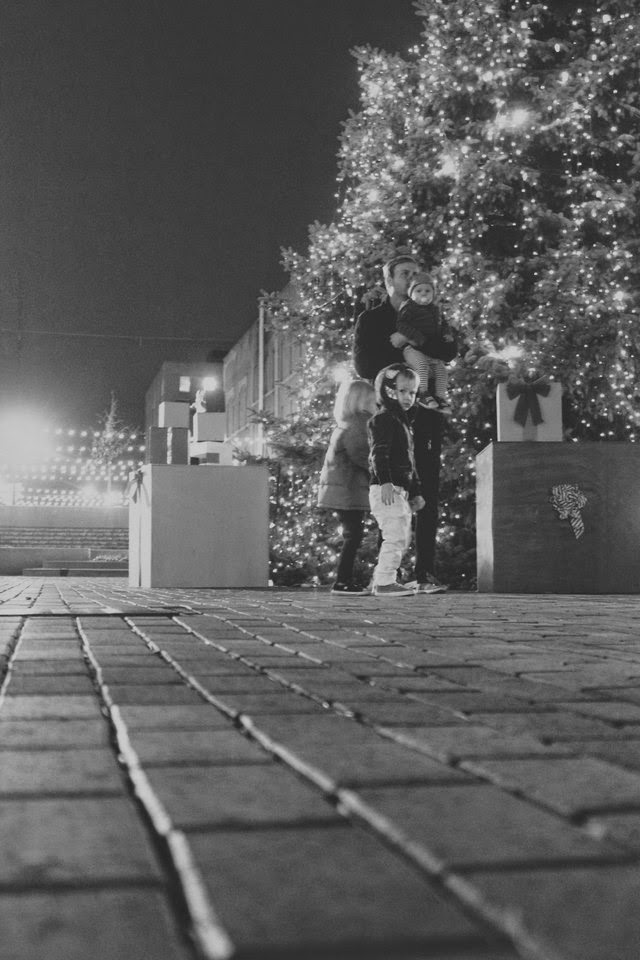 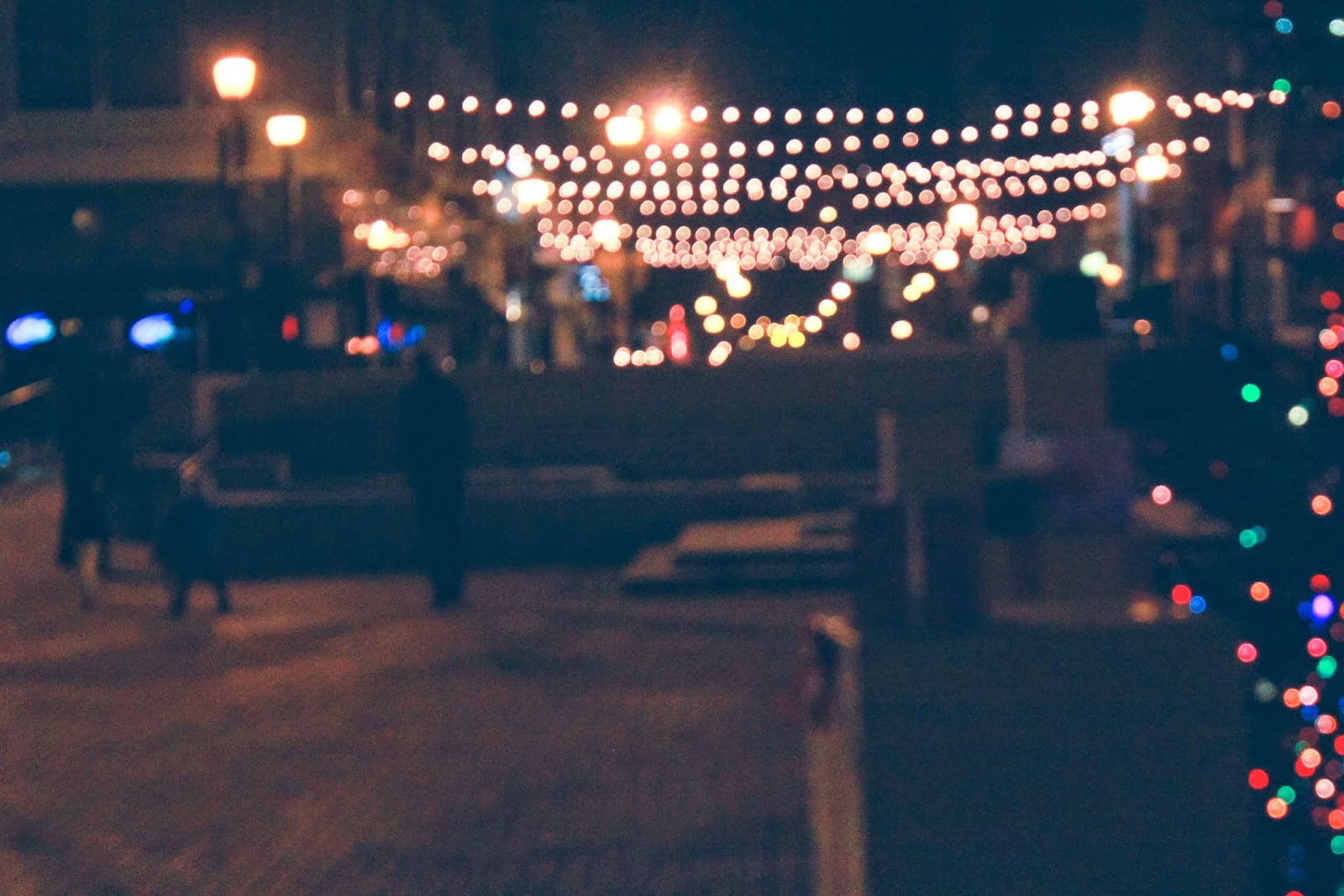 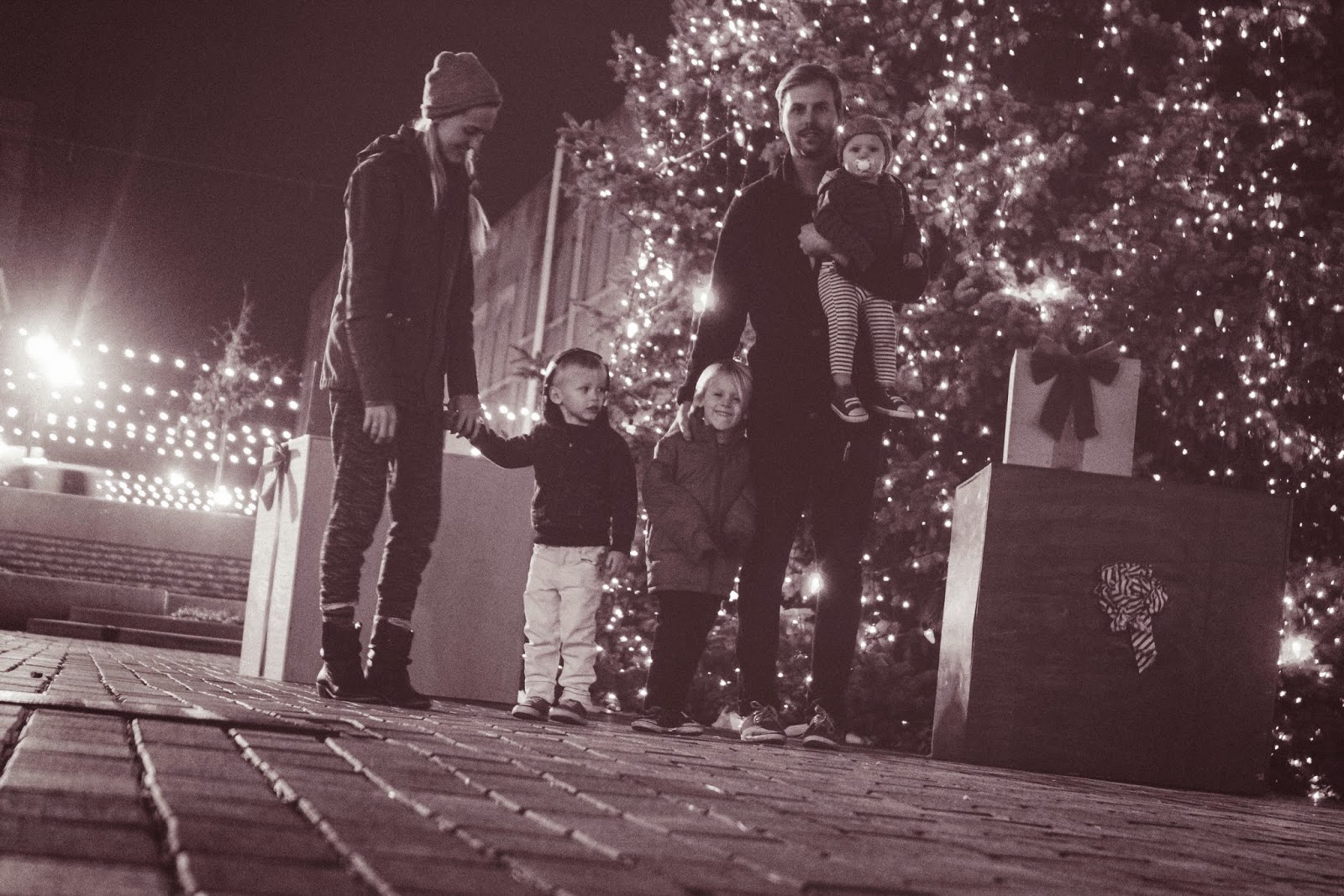 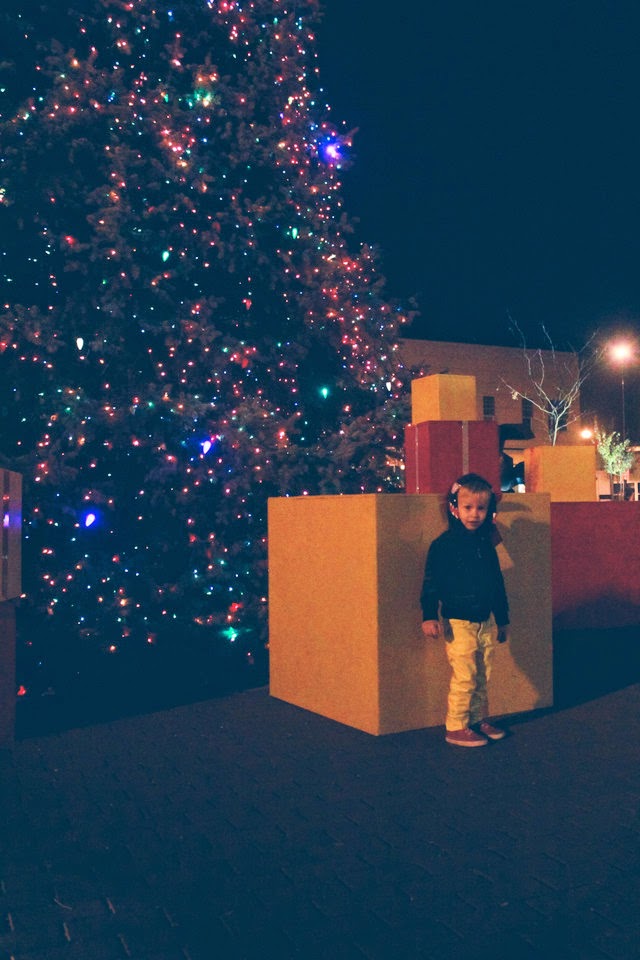 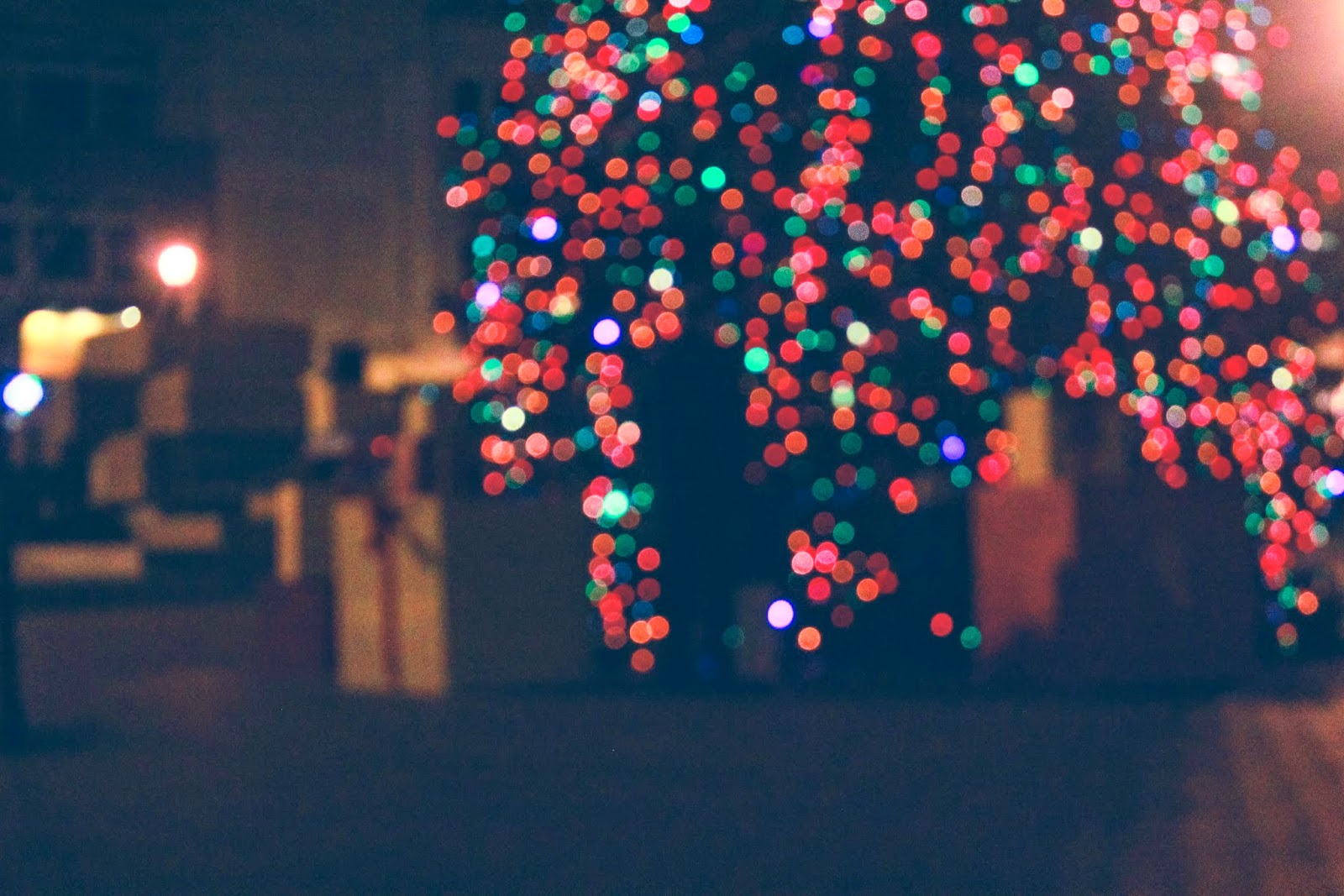 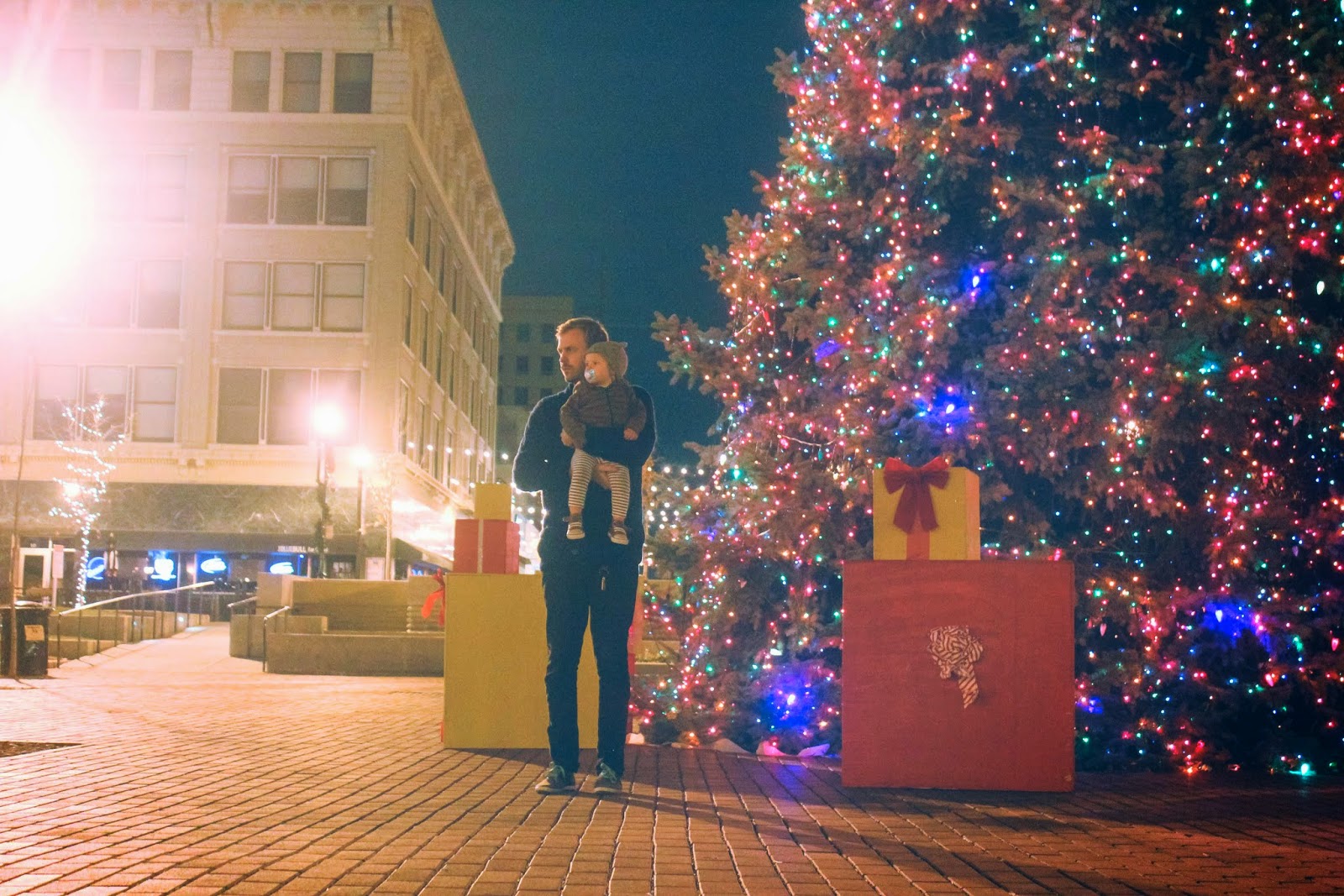 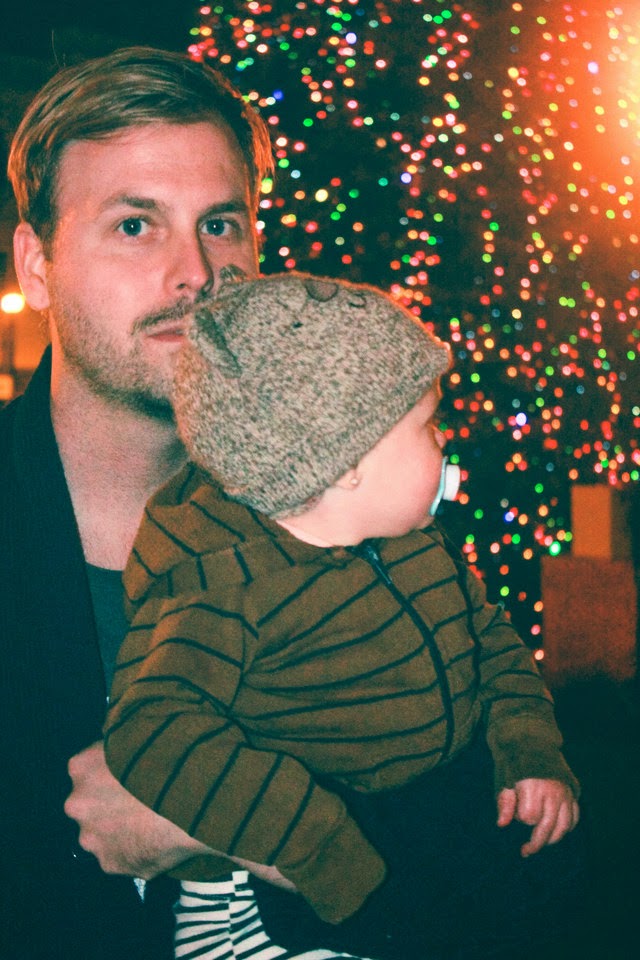 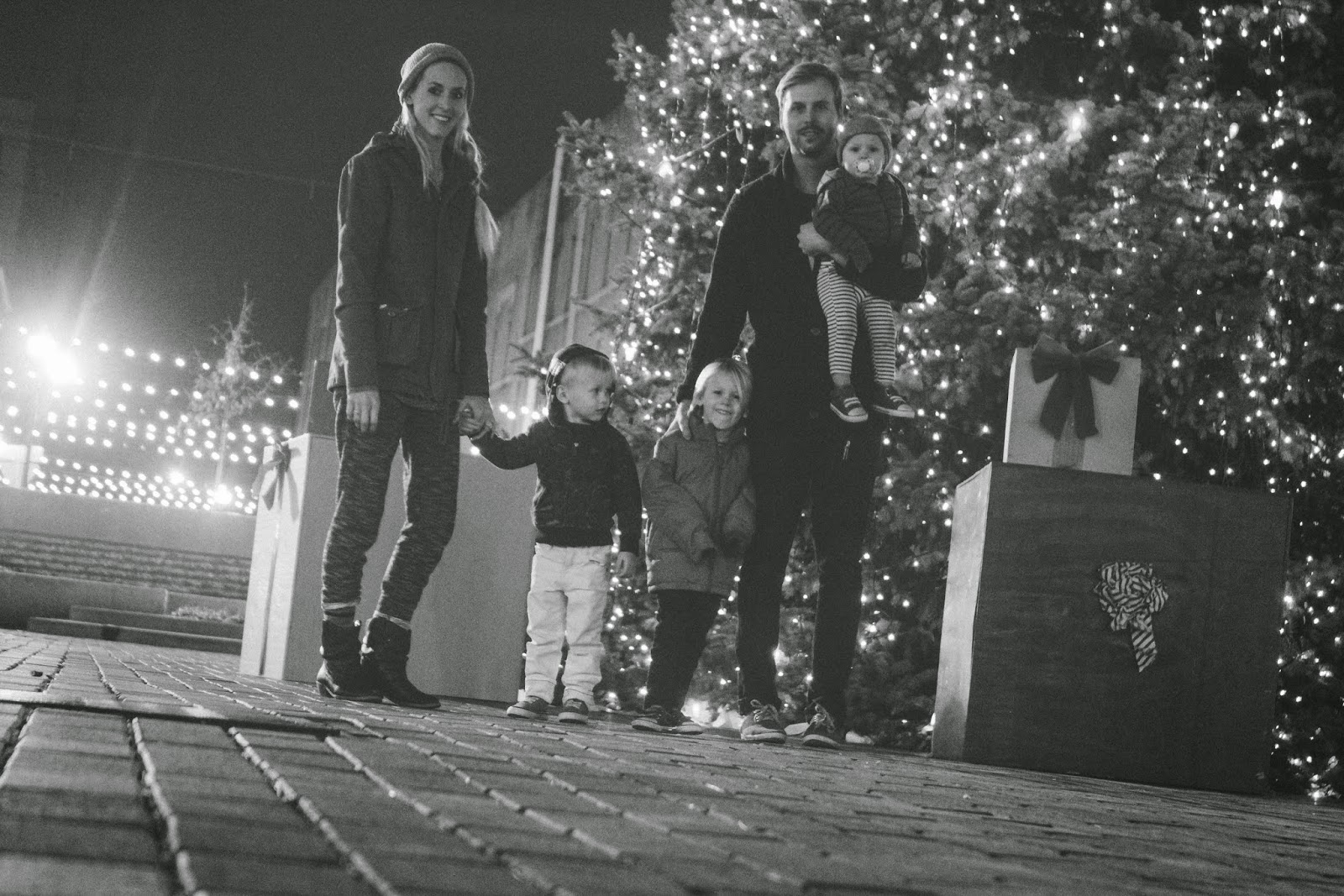 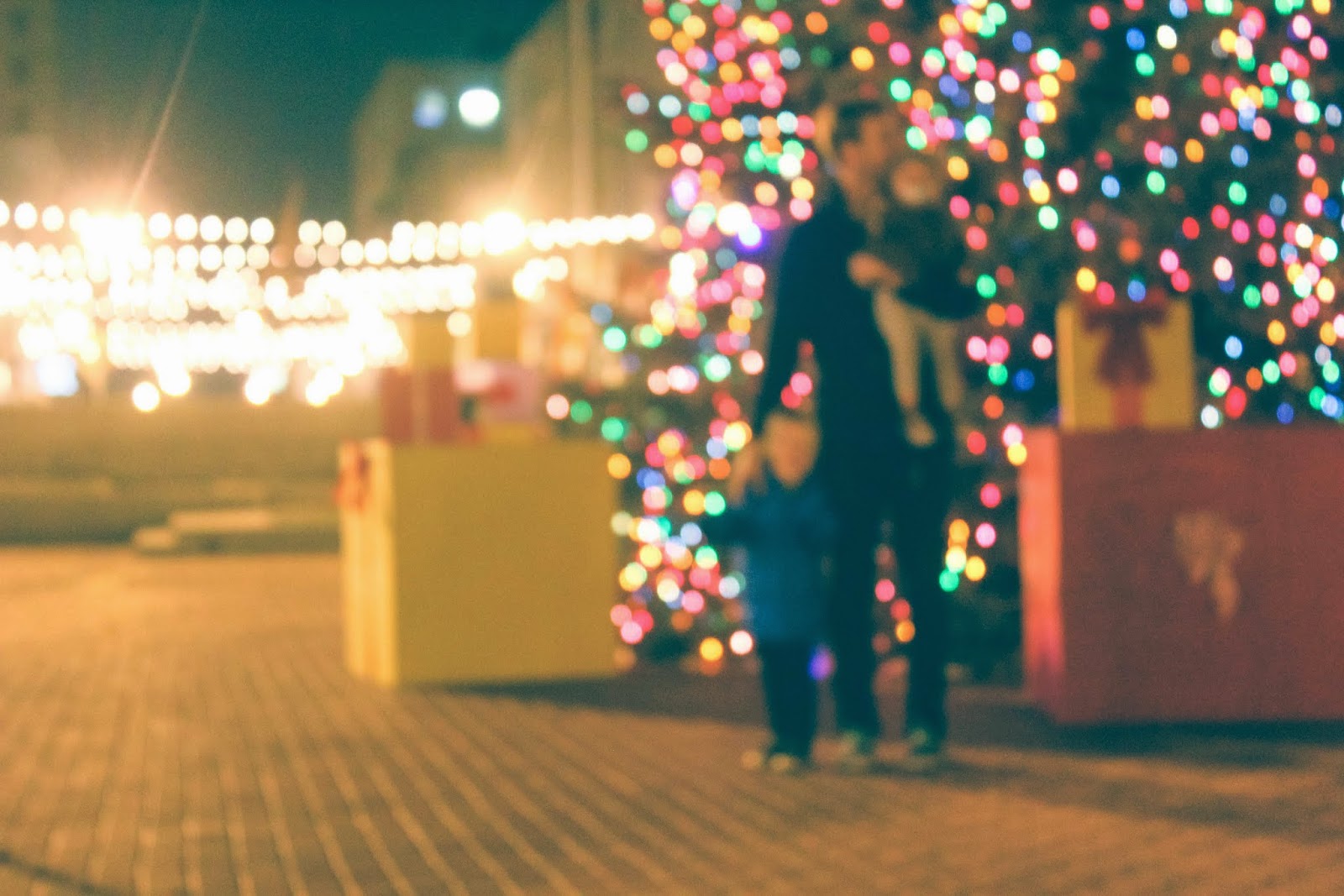