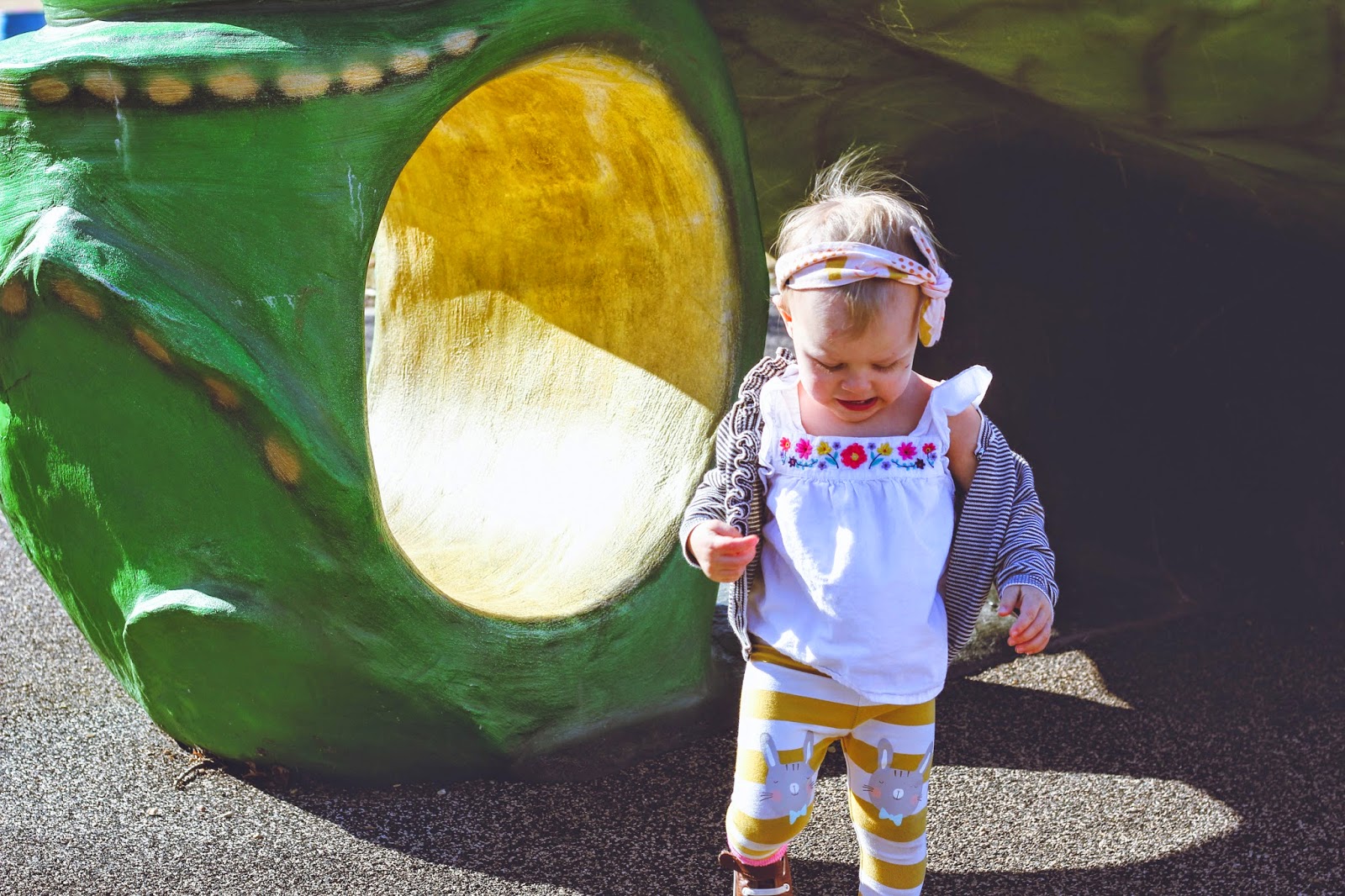 Saturday was such a beautiful day! I think it’s been one of the nicest days since we have been out here.  My friend Eliza texted me that morning to go have a picnic at the park. I was so glad she did! We were needing to get out of the house that day.
I got the kids and myself dressed and ready to go. I go out to the garage to start the car but the battery is completely dead! Evan and I had jumped it the night before, but I guess we didn’t leave it running long enough and so once again I was left with a dead battery. I texted Eliza to tell her the bad news. She text me right back and says she will be right over to jump me it. I was relieved and grateful to have a good friend like her.
When she got to our house I had her pull up to the side of the house because In order to the jump the car, she has to pull hers right up against the side of the house so we could fit the jumper cables through the garage window and connect them to both of the cars. It was a bit of a process, but I was feeling all mechanic like and pretty proud of us once we get the job done. Dead car batteries ain’t got nothin’ on us. 😉
We loaded all the kiddies back into our cars and head out for some fun. When we get there, it seemed like everyone and their dog had the same idea as us. The place was packed! It’s a really big park though, so we still had a good time.
There were a few people flying kites, and walking their dogs. Gibson got so excited every time she spotted a kite up in the sky and the boys asked almost every dog owner if they could pet their dogs. They love animals.  It was pretty adorable. 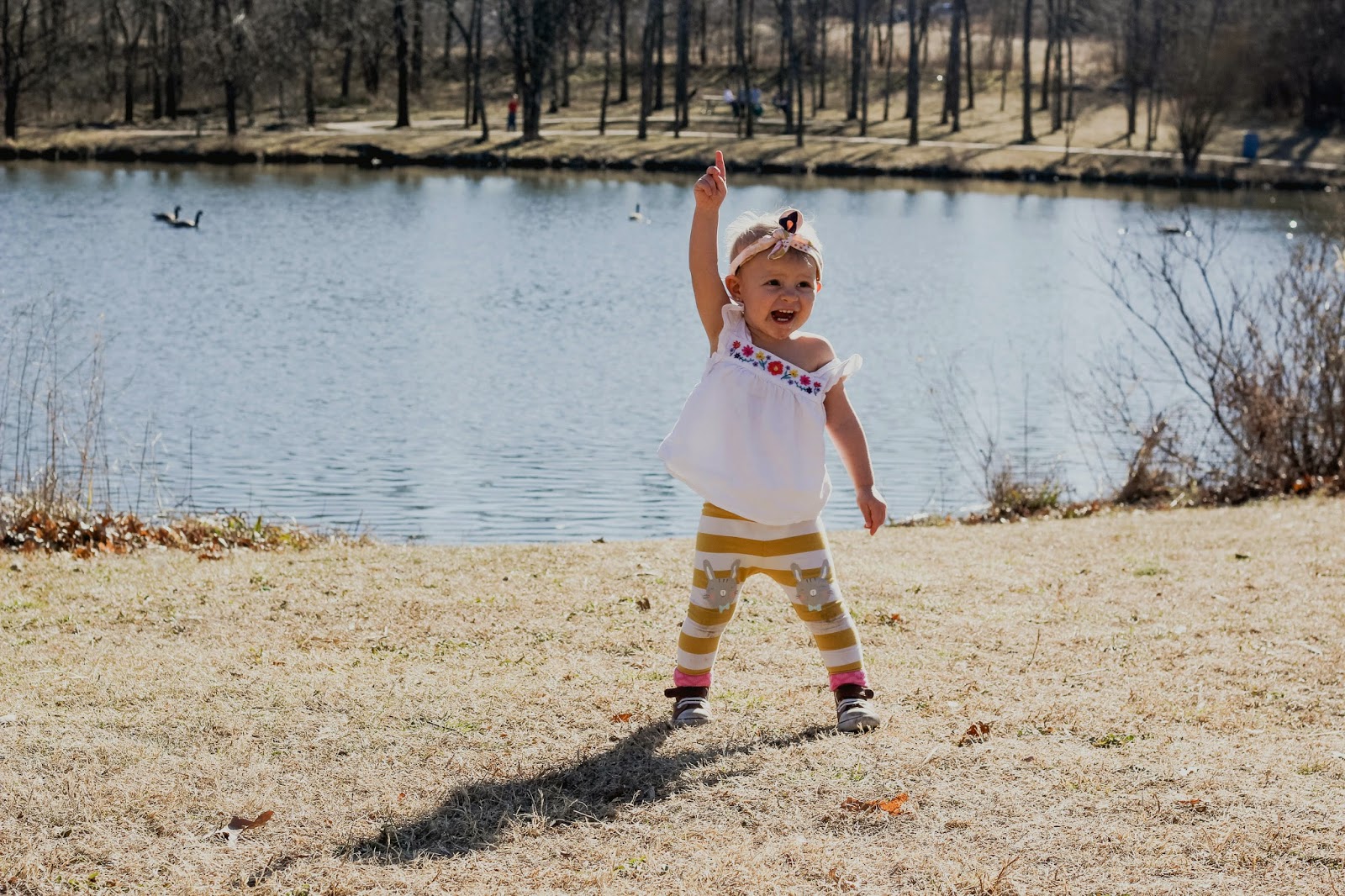 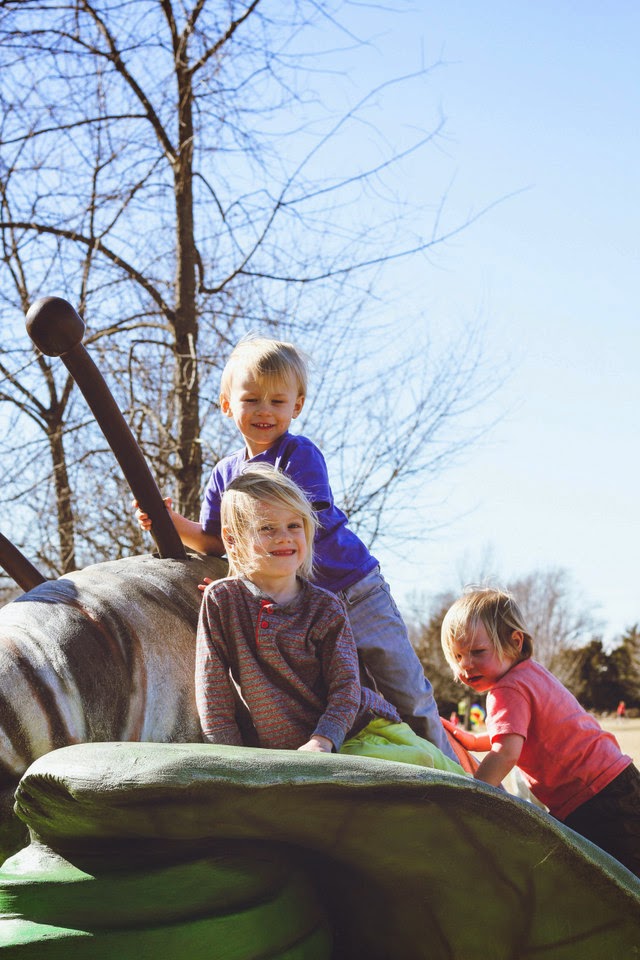 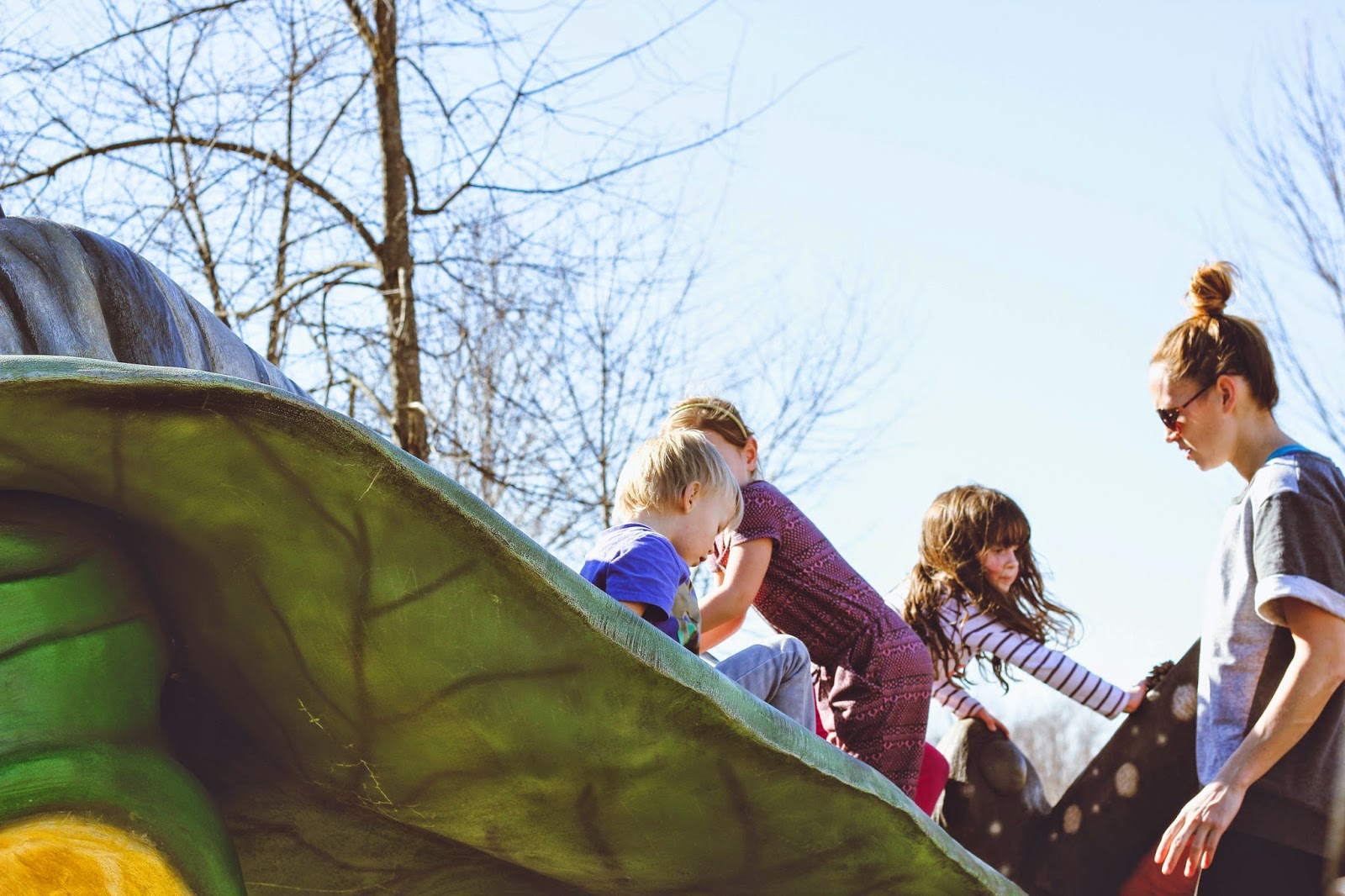 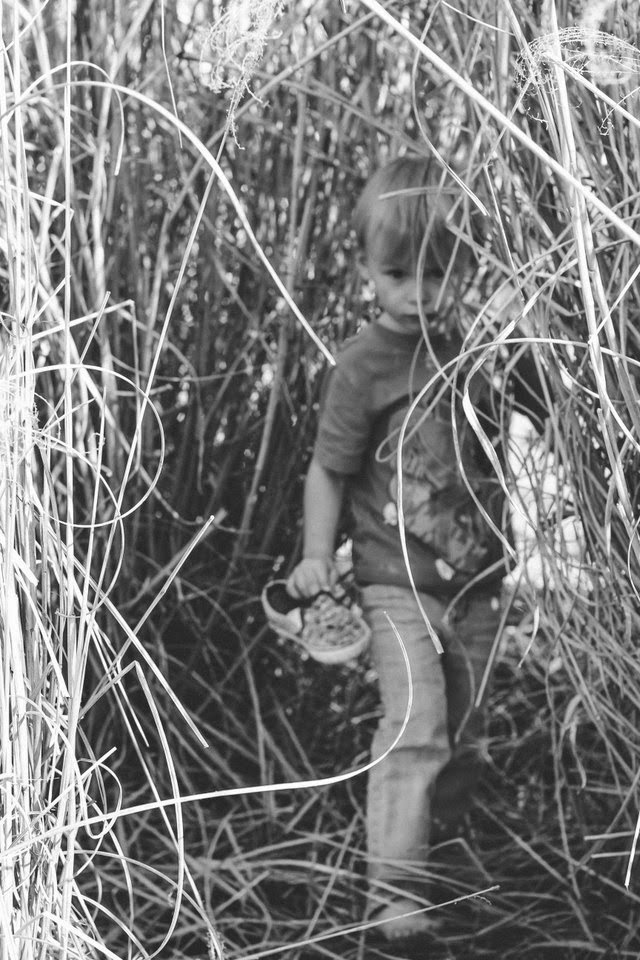 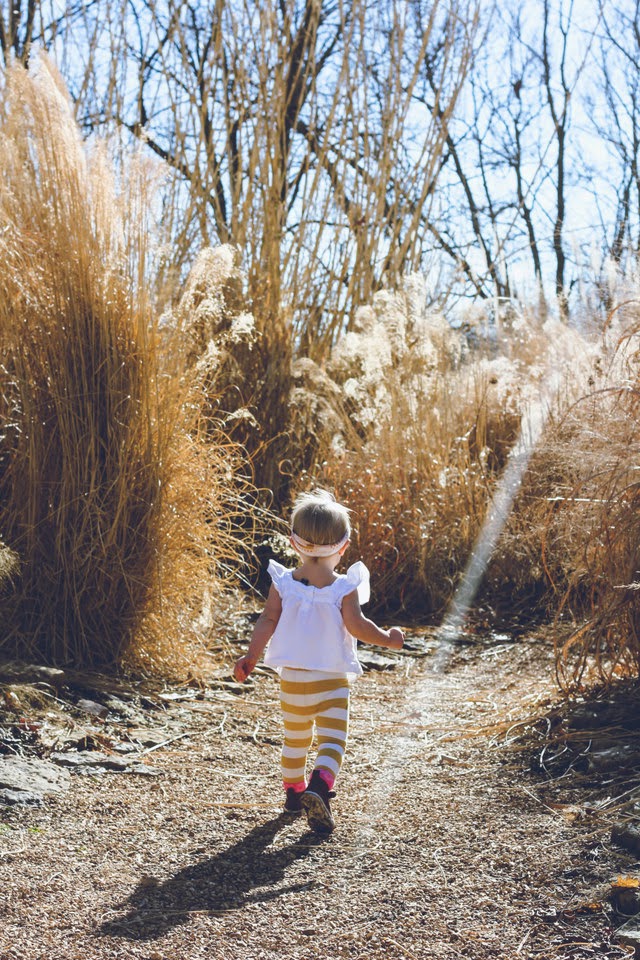 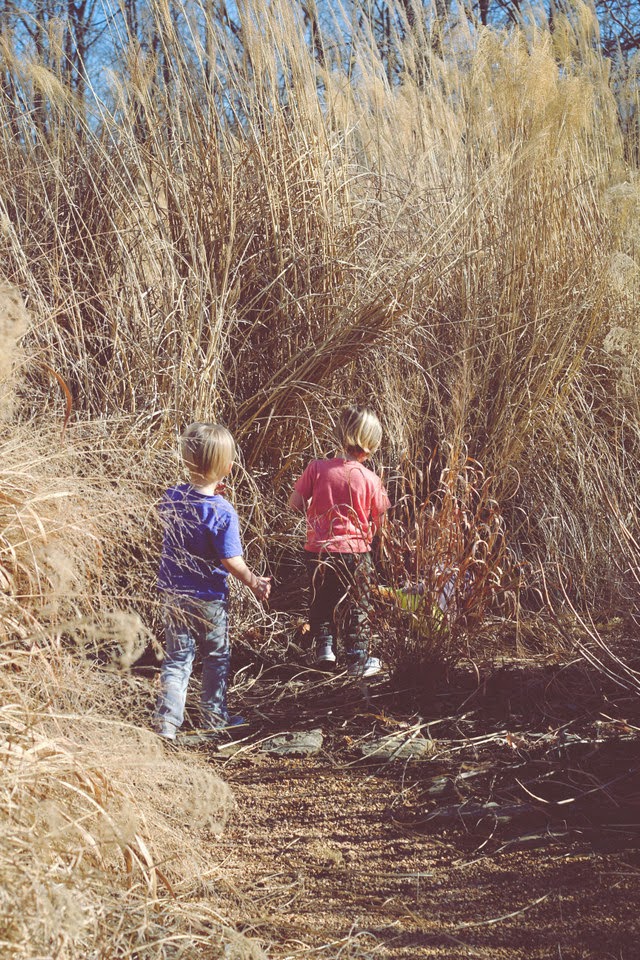 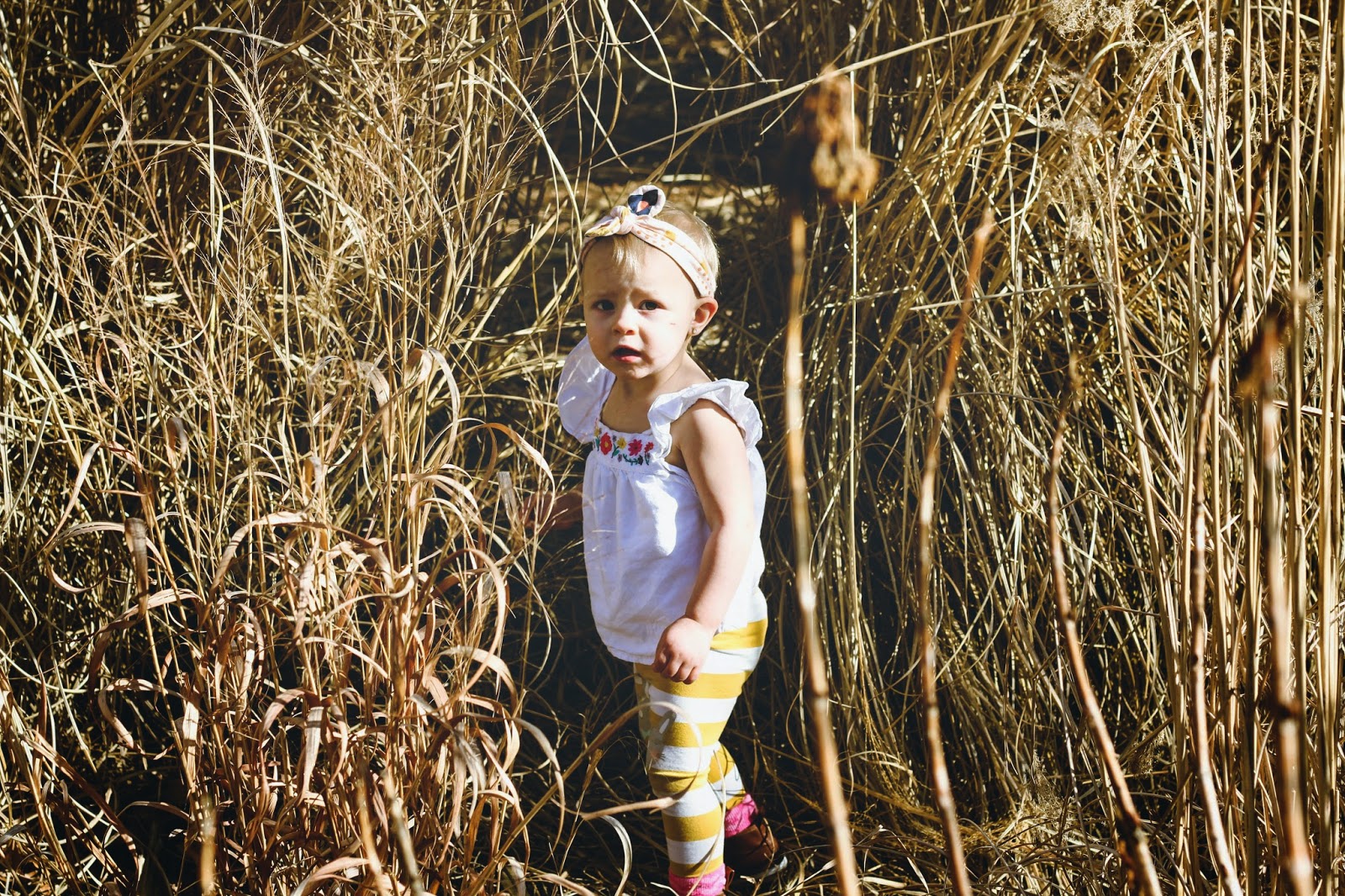 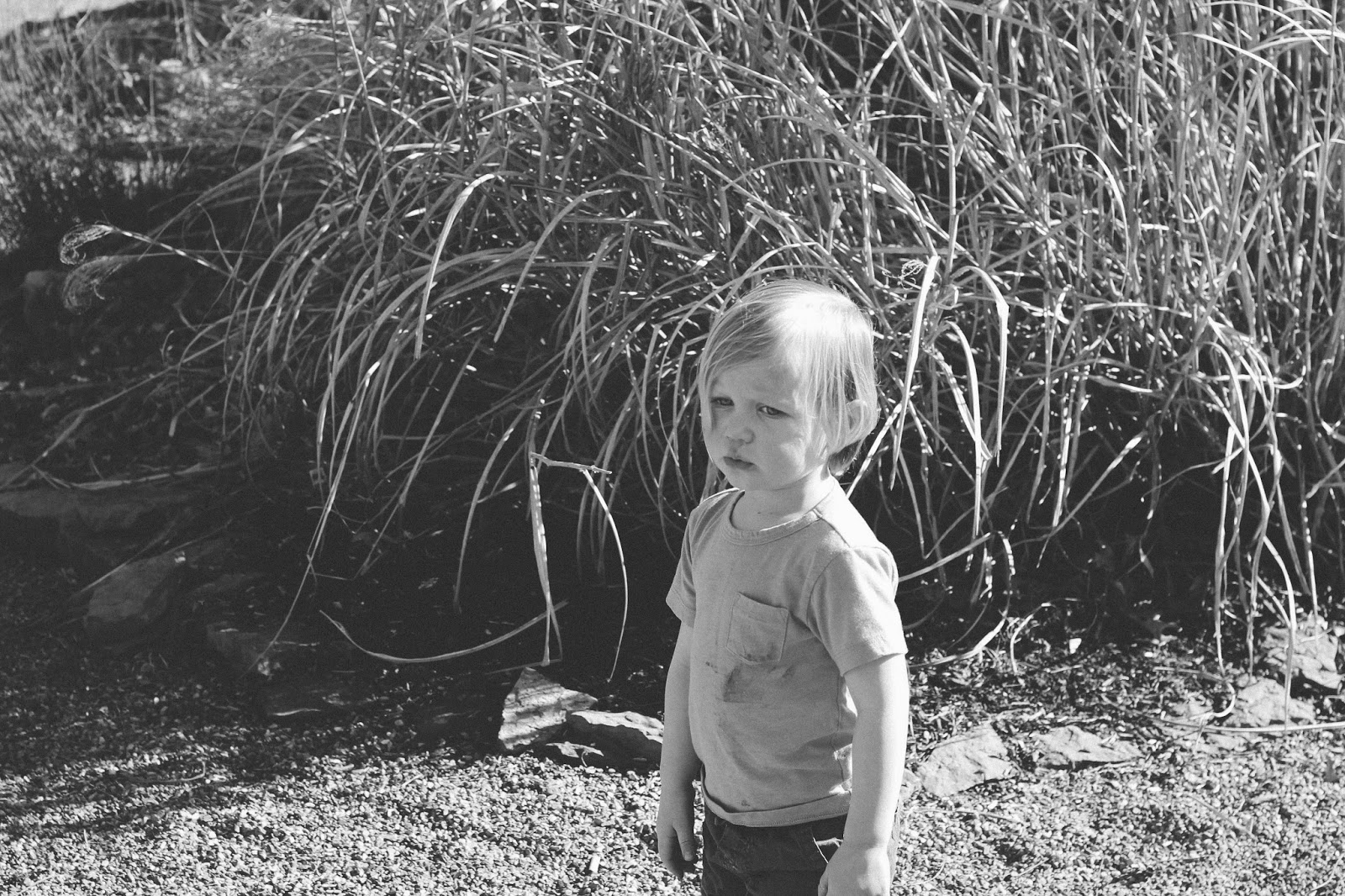 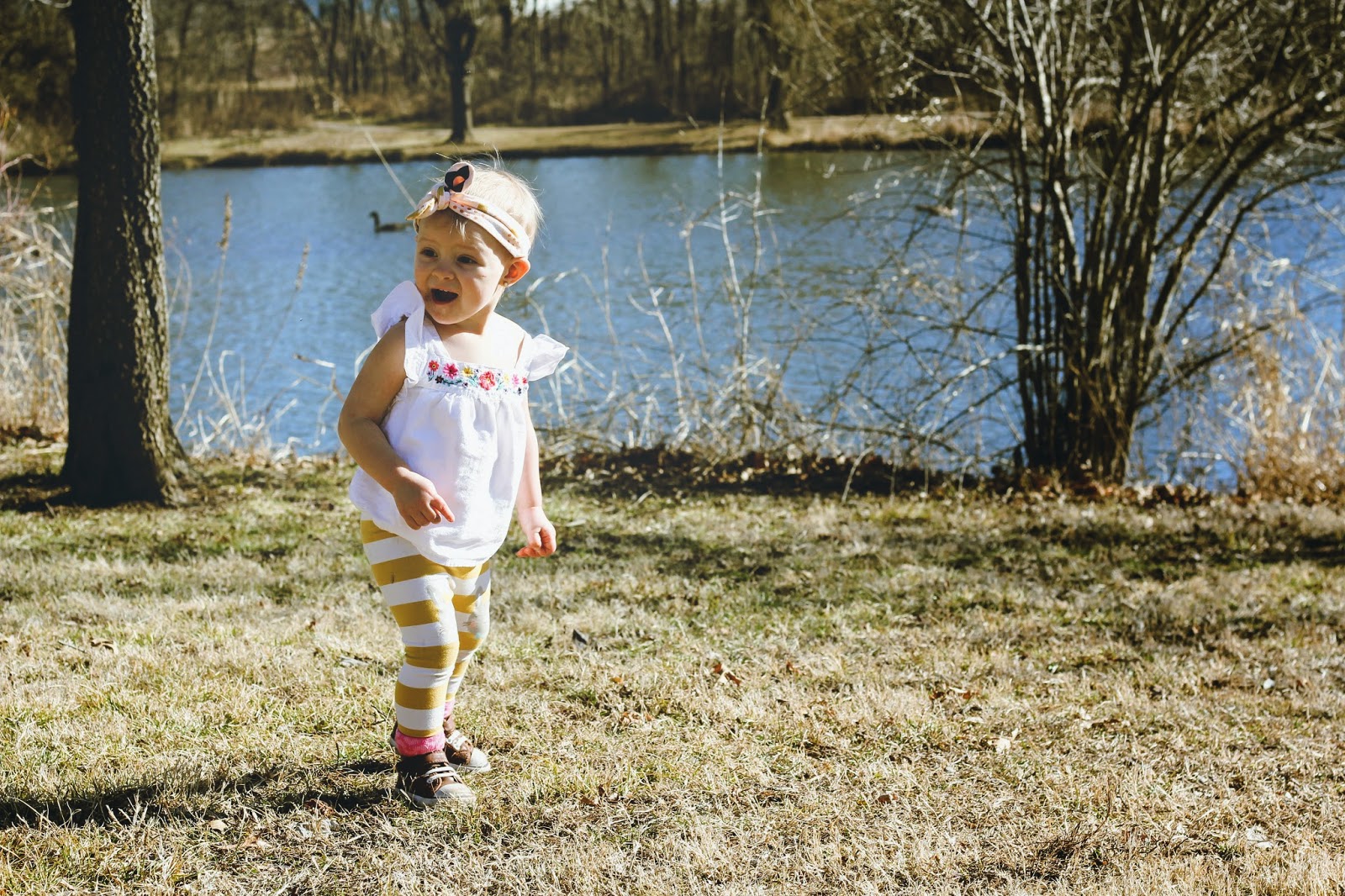 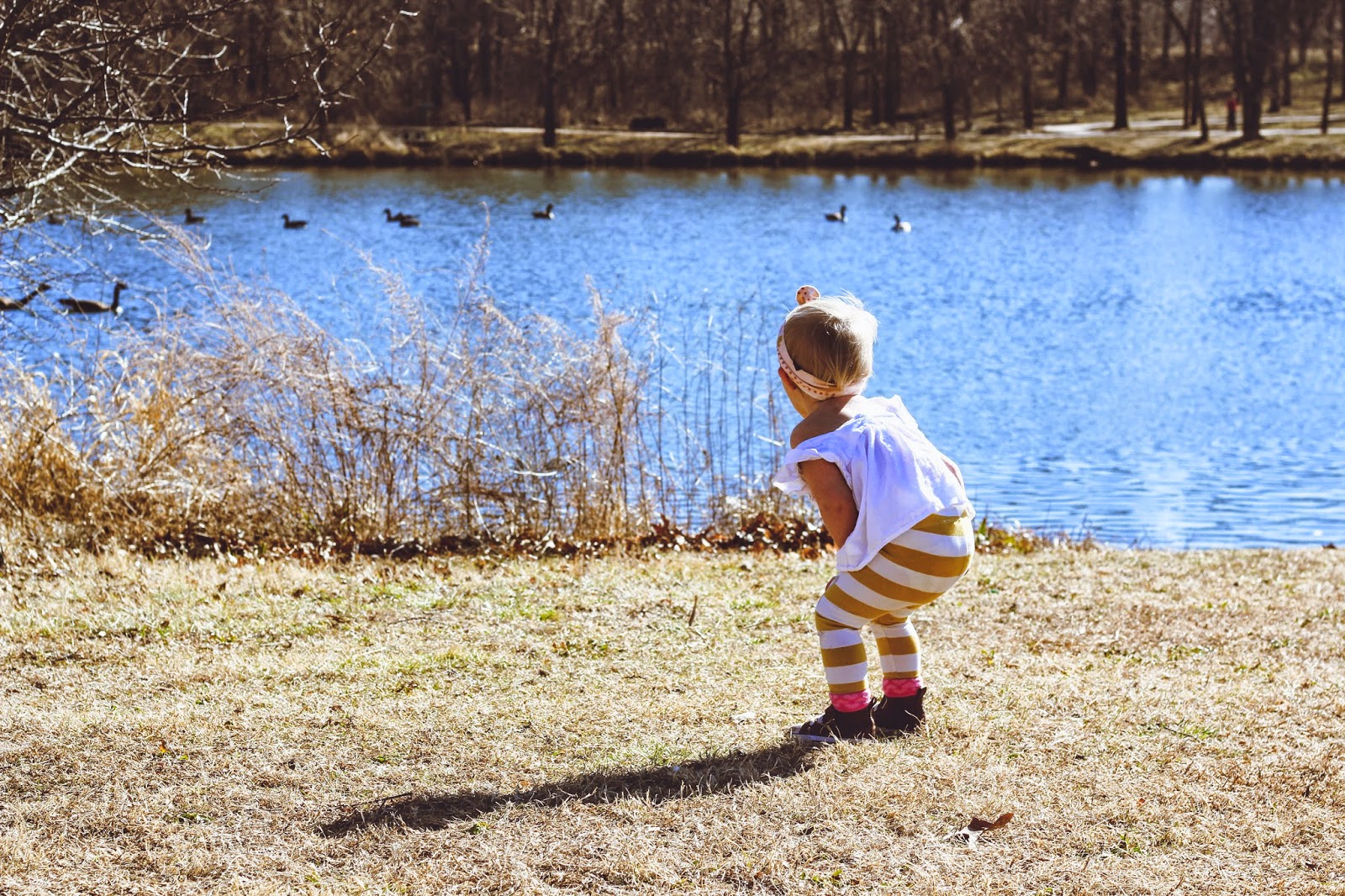 Gibs was trying to mimic the duck sounds haha I loved how she would bend down with her hands on her knees and call out to them. She got pretty good at it. 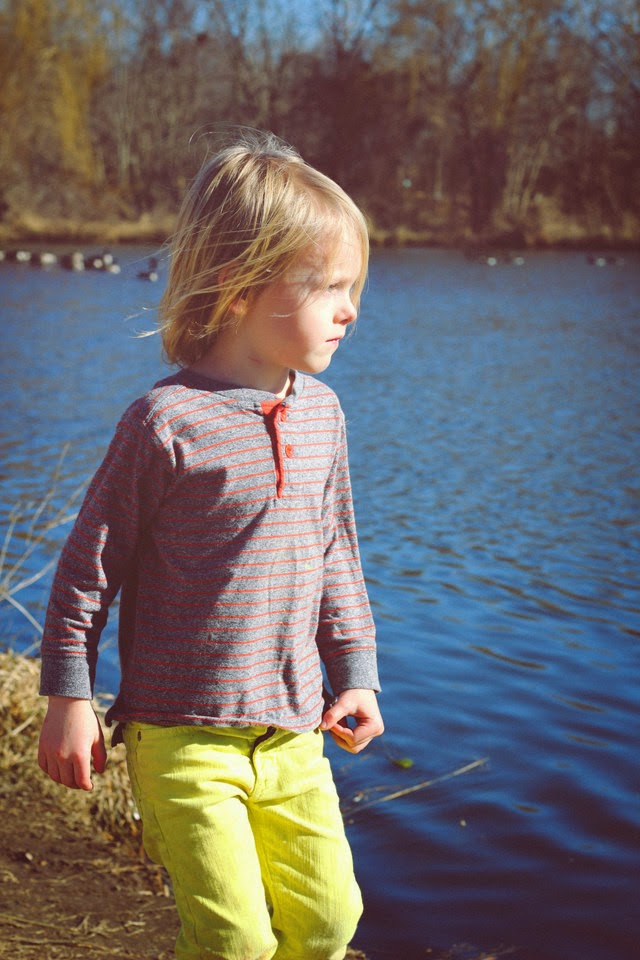 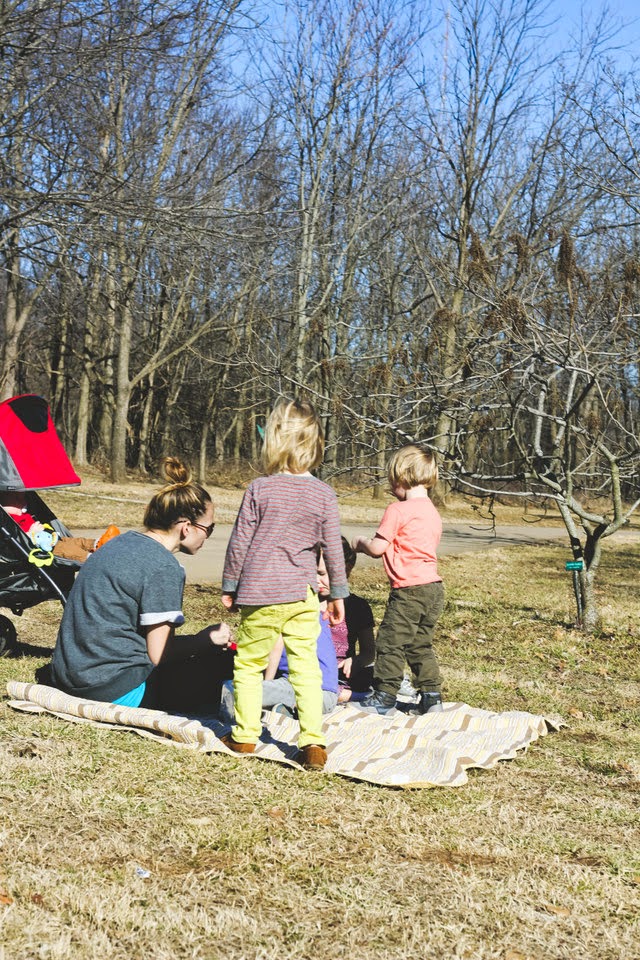 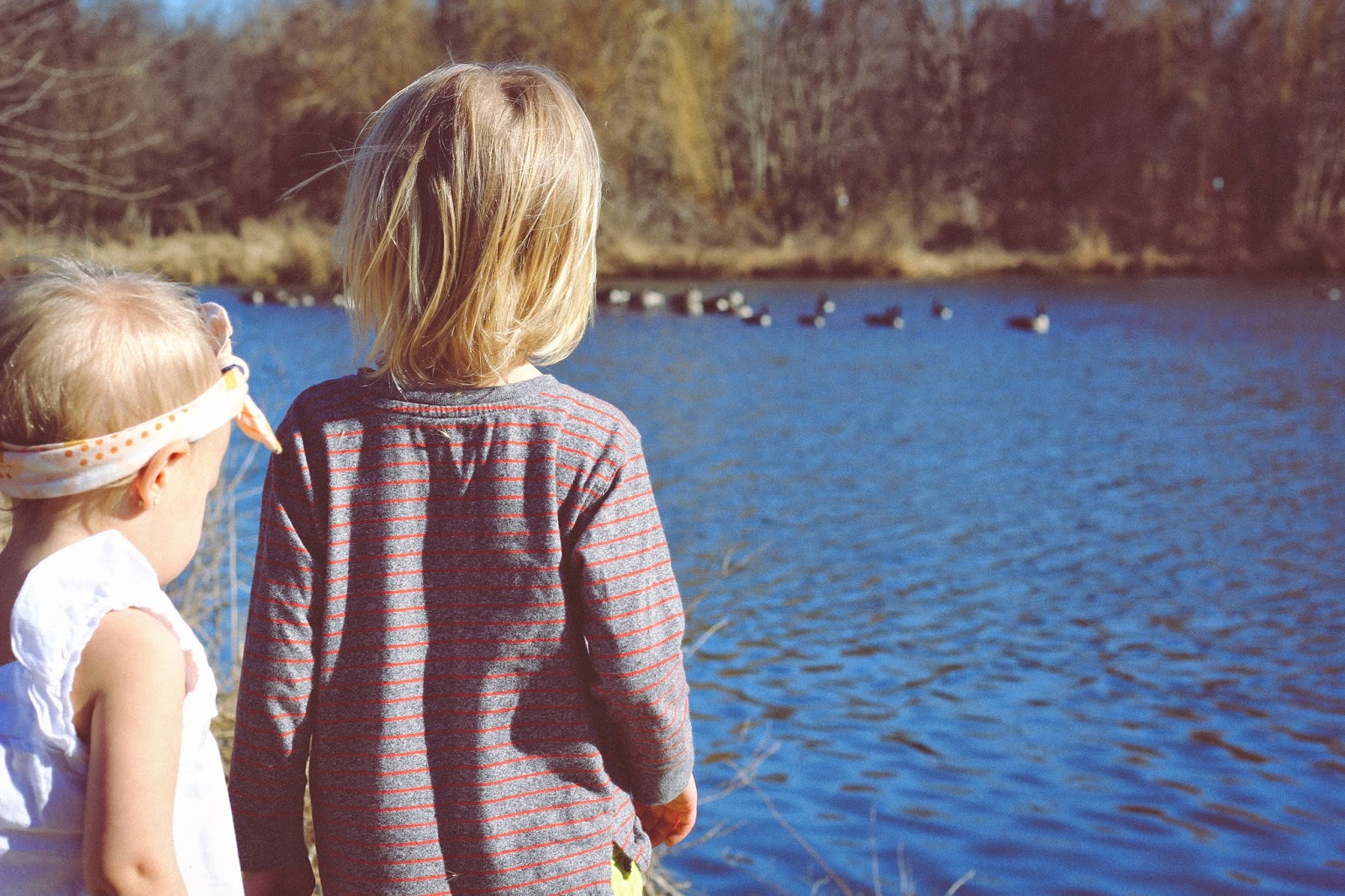 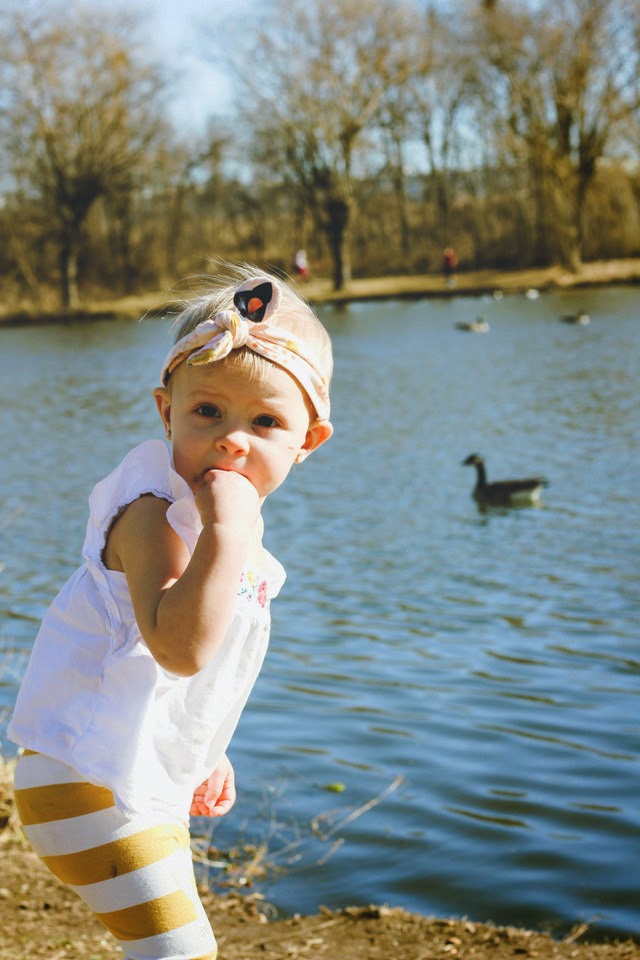 After saying hi to the ducks, we headed over to the playground. The merry-go-round seemed to be the popular spot and of course they headed straight for that. They had a blast on that thing, but it kinda made me sick just to watch. I don’t do well with things that spin, I get mad motion sickness. At one point, by the look of Jovi’s face, I was wondering if he had inherited my lovely curse, he was looking like he might loose his lunch or something. He ended up being ok, but I suggested that he went and played on the playground or slides instead.
It was a fun afternoon. I really enjoy hanging out with our new friends! Our kids seem to get along really well and it’s been nice to have a friend to hang out with and talk to since we are still pretty new to this town.
After a while of being there, I could tell by the way my kids were acting that it was time to head home for naps & quiet time. After everyone was loaded up in the car, It only look us about 20 mins to get out of the parking lot. 20 mins! I felt like we were trying to make our way out of a concert or something, it was crazy! I guess it’s a pretty popular place! especially on days like today.  Nixon kept asking me why we were driving so slow almost the entire 20 mins, so once we hit the open road, we all cheered!! I think I cheered the loudest though. 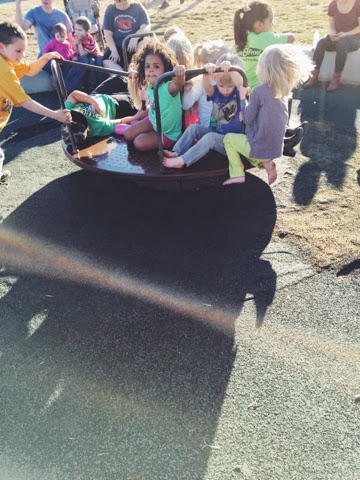 Why we loved booking through HomeAway/VRBO! Also, a chance for you to”Win the Mountain” Sweepstakes With VRBO!! We got photobombed by Santa!