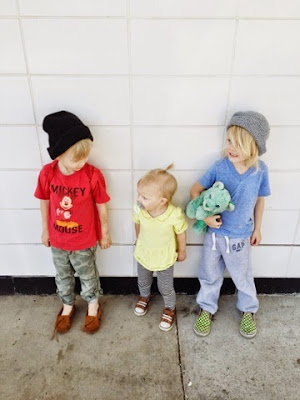 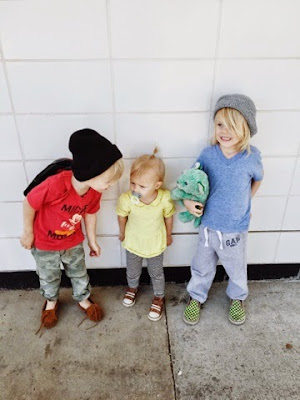 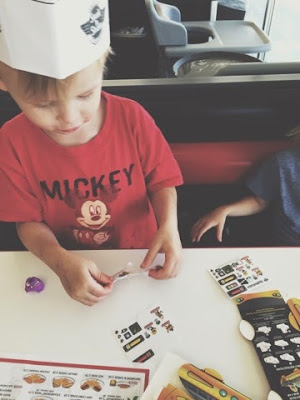 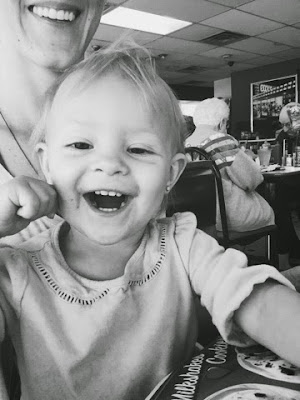 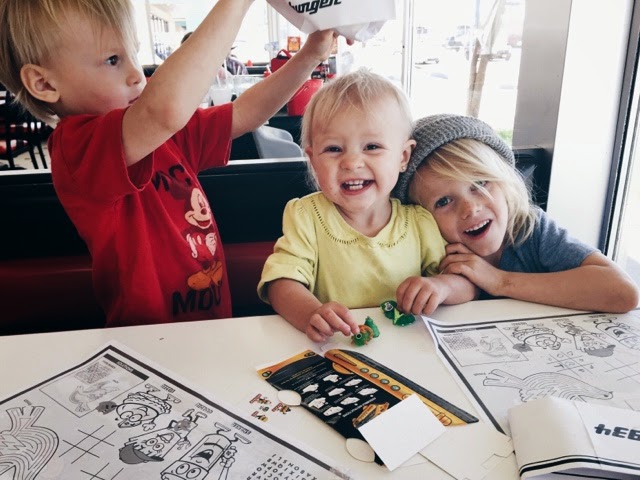 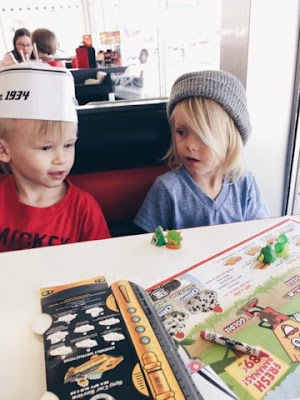 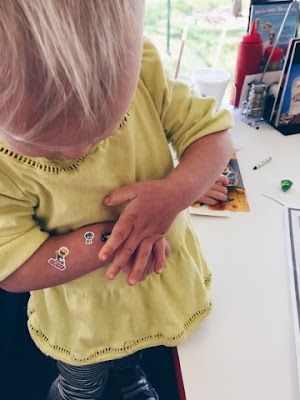 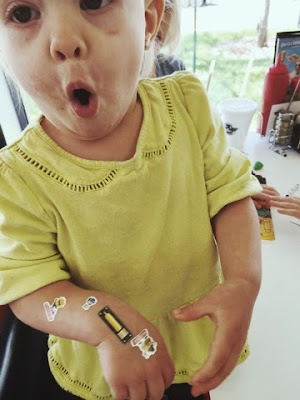 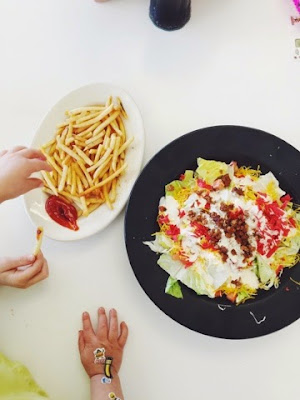 I took the little loves on a bike ride around the neighborhood. Gibby sat in a baby seat on the back of my bike and the boys went in the bike trailer as I towed them around on my one-speed-bike. It was actually a lot of fun! I was just careful to avoid any major hills, otherwise we would have been in trouble.
We ended up at the Steak N Shake down the street from our house. I must have been feeling pretty brave… because I decided to din in with them for lunch. Just me + them. It was fun and a VERY rare occasion. Because lets face it, we can barely make it through dinner at our own house without someone spilling or throwing food on the floor or at each other for that matter. But like I said before, I must have been feeling brave that day and wanted to give something new a try. So I did.
The first half went pretty good, the crayons and coloring mats occupied them fairly well for the first little bit. We also played eye spy, tic-tac-toe and name that song while we waited for our food. I also started putting stickers on Gibby’s arms to try and distract her from always wanting to climb on the table. She thought it was the funniest thing! hence her expression on one of the photos above ^^ She also thinks she’s too old for a highchair now so this makes things just a little more difficult.
FINALLY, the food came. I ate it probably faster than I should have, because by this time all three were getting pretty restless. So before we had any big explosions or wrecked the place anymore 😉 I paid the ticket and got the heck out of there. It was fun, but probably won’t be happening again for a while… at least until they are older or I have Ev there with me. Buuuut I’m happy to say I at least gave it a try.
xoXox
By Tayli