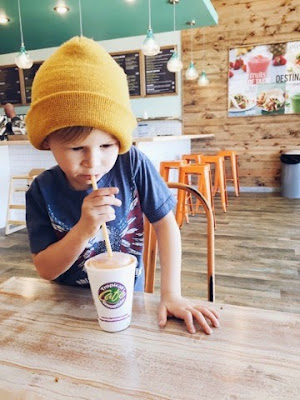 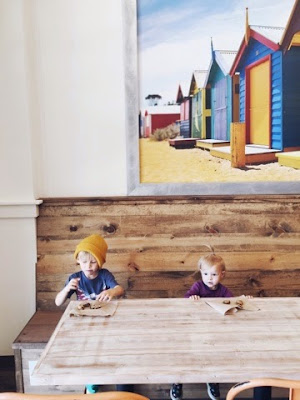 Ev has Monday’s off, so I took Jovi and Gibson to get smoothies before their check ups while Ev took Nixon on a Daddy son date. It was a good day to be out of the house because they are putting in a new furnace in the home we have been renting and I didn’t want the little kiddos getting in the way.
My friend Eliza had just told me that one of our favorite smoothie cafes just opened up on our side of town! We use to drive clear across town to get one of these so when she told me, I was pretty dang excited. When we got there, I was really impressed with the clean feel and interior design. My heart eye emojii’s was all !!!!! We ordered a sunrise sunset smoothie and a oatmeal chocolate chip cookie to share. It was cute to see these two interact with each other. It’s never really just these two so it was fun to see. Gibby kept saying, “jo jo, look!” and then would point at something and he kept smothering her with loves and kisses until she said enough was enough haha. He’s such a sweet boy.
Can I just say how much easier it was to manage two small kids vs three. It’s crazy how different the experience was! When the boys are together they are usually super silly and a lot more active which leads to a lot of, “guys please sit down”, “no Nix, put that down please”, “don’t pull on that please” or “guys stop running around or we will have to leave” ya know, that fun stuff. 😉 It gave me a little taste of what this Fall will be like when Nix starts school. Grocery store trips will actually be somewhat manageable again. But I also think we are also going to miss him. The whole time Jovi kept referring to Nixon and how he wanted to save a part of his cookie for him. Yes they are crazy at times, but they’re love and relationship makes up for it. I just need to remind myself this durning those crazy moments. 😉 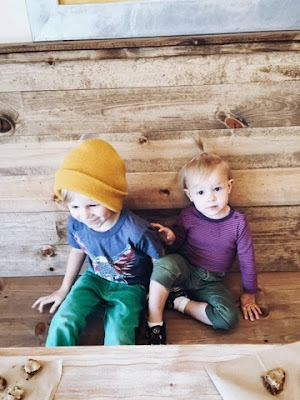 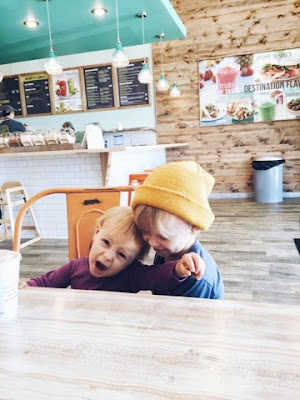 After a fun time at the smoothie cafe, they were both scheduled for their yearly check ups, so we headed to the docs. They both have been fighting a bad cough and cold but other than that, they checked out great. Gibby was so cute to watch interact with the nurse and doctor. She did just what they told her to do. The nurse kept saying she couldn’t get over how cute she was. I had to agree, I think she’s pretty stinkin cute too. Jovi did really good too. He’s such a little goof with the doctor, he kept calling him old man :/ haha “hey you old man” luckily the doctor has a good personality and would dish it right back to him in a friendly/joking way. At the end of the appointment they each got to choose a sucker, and one for Nixon of course. Then we headed home to see if they were done installing the furnace. 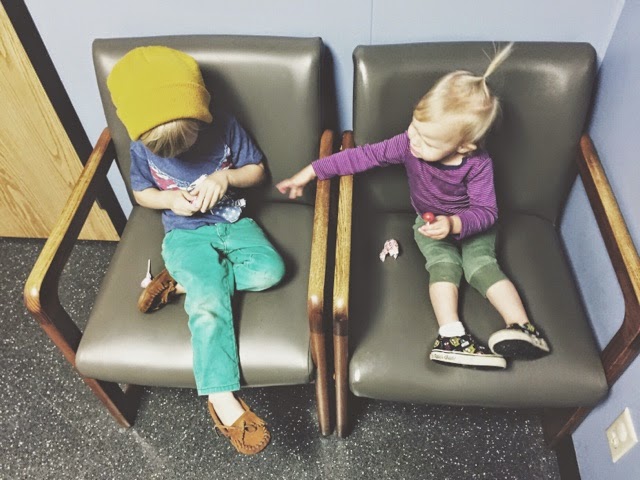 When we got home, Nix and Ev were back from their date so Nix ran out to the car to greet us. He also had some suckers to share they got from the bank, so they all exchanged their suckers they had for each other (melt my heart) and then they ran inside.

The furnace still wasn’t done, and as good as helpers they kids think they might be… it was better we just left the house again. Which was fine because I was needing some things with the health food store anyways. So back into the car we went. 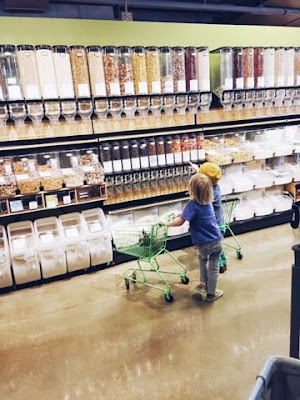 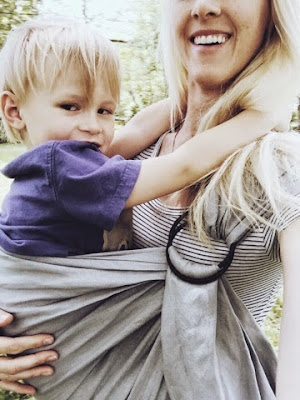 I’ve been trying to get better at this whole eating healthy thing again, when honestly I crave pizza & sweets all day long. It’s a problem I know. I was doing so good at the beginning of the year with it! but then life happened. It’s been a working progress getting back into it, but we are getting there. I’ve decided that eating perfectly healthy all the time is something I will probably never be perfect at. I’m just going to try my best and work on not beating myself up for not always having an organic fruit smoothie in one hand while nibbling on a carrot in the other. As much as I would like that to be me, it’s just not, at least not right now in this season of life. But I sure do admire those of you who are there! #keepinspiringme Today’s haul for eating better: roasted pumpkin seeds (which i can’t get enough of right now) quinoa and flaxseed for adding more nutrient and protein into my diet. If you need me, I will probably be on Pintererst looking up recipes.
xoXox
0 Comments
By Tayli

A Day at the Park