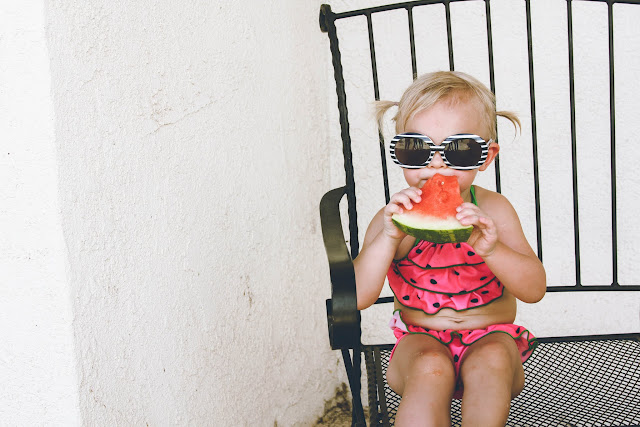 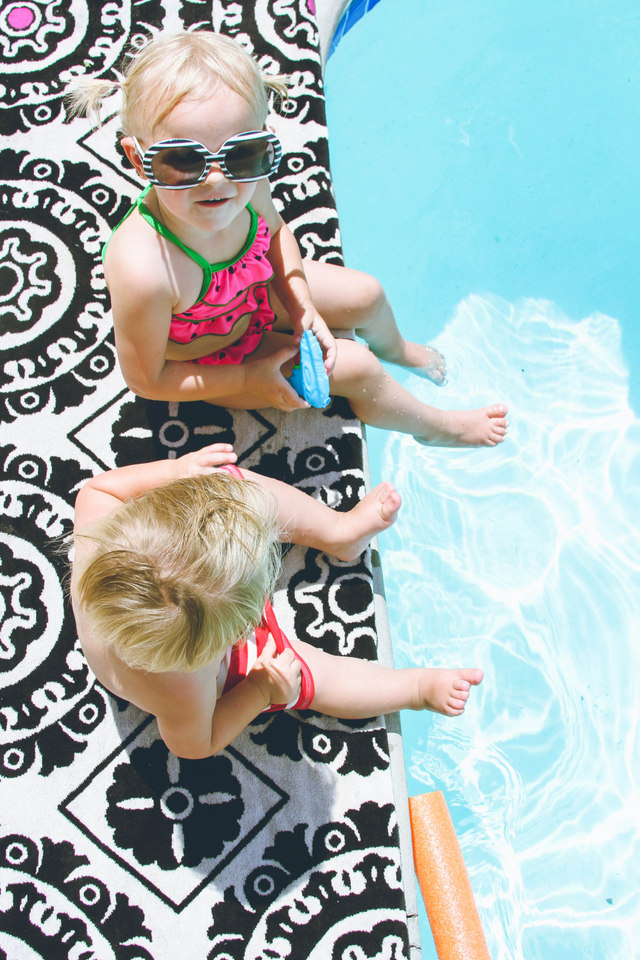 We have been spending a lot of time at the pool lately. Keeping everyone out of the house makes it less messy right;) Gibson is a little nut when it comes to water. The boys have always been more timid of the pool so it’s been a change for me. She seriously loves it. 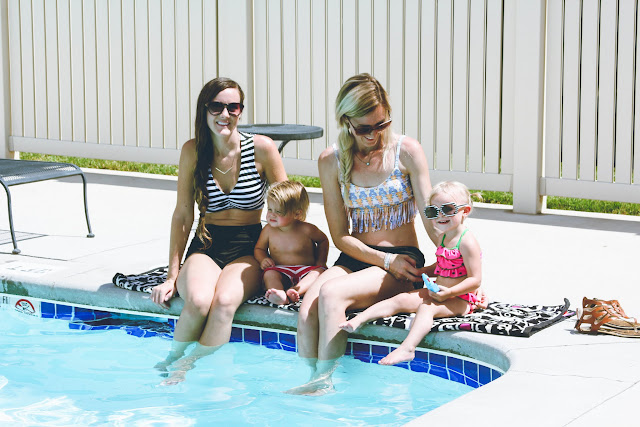 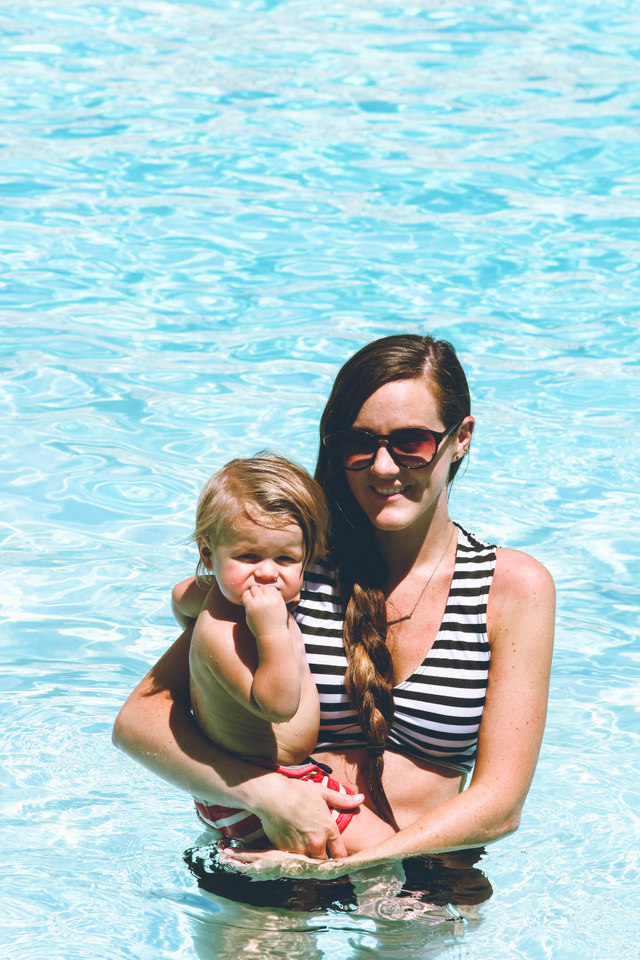 It’s been so fun being back by all my Sissy’s. 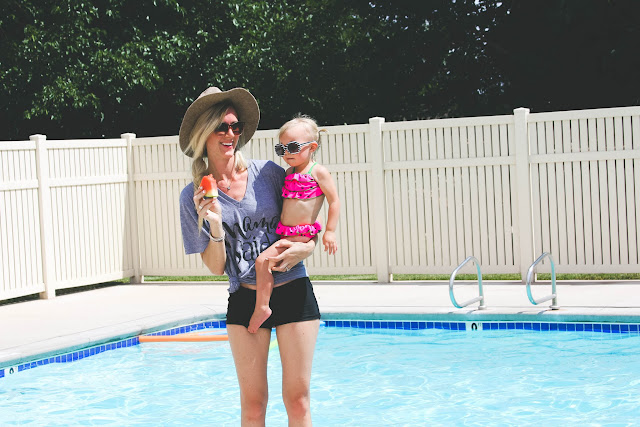 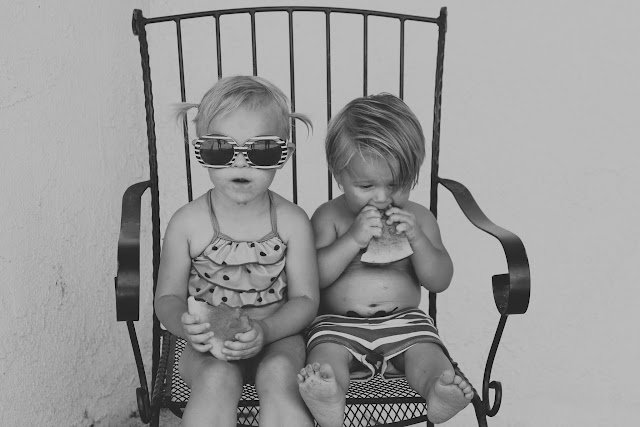 Miss Gibby and Copey or Bubba as she calls him.
She LOVES her bubba! They can go an hour without seeing each other and then when they get back together it’s like they haven’t seen each other in daysss. Always the cutest reunion, always. 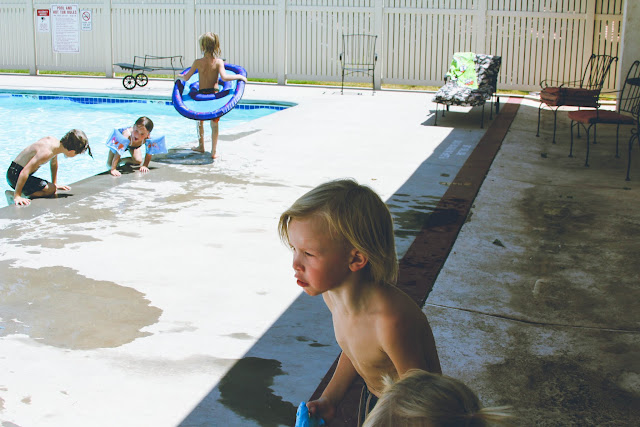 Jovi mostly just hangs around outside of the pool, unless I’m in there holding him he prefers the steps or just observing from the side lines. 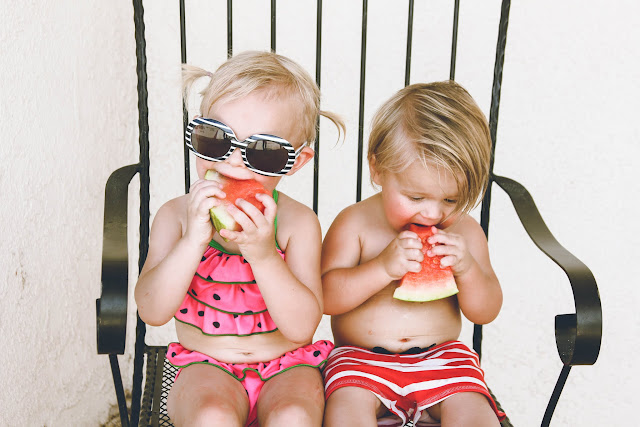 Of course every trip to the pool requires some delicious juicy watermelon!
Please notice the puddle of watermelon juice in Copelin’s bellybutton! haha.
I think he was saving it for later. 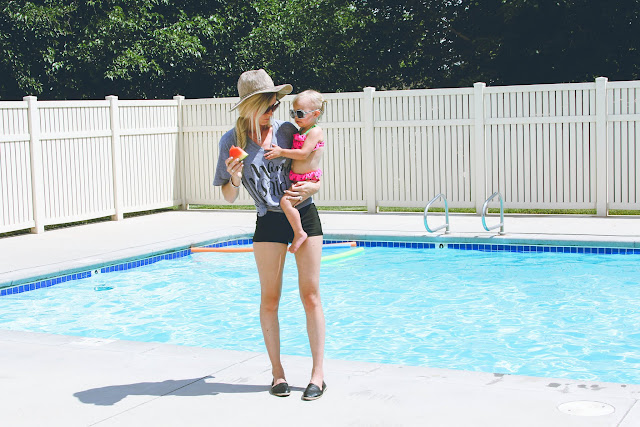 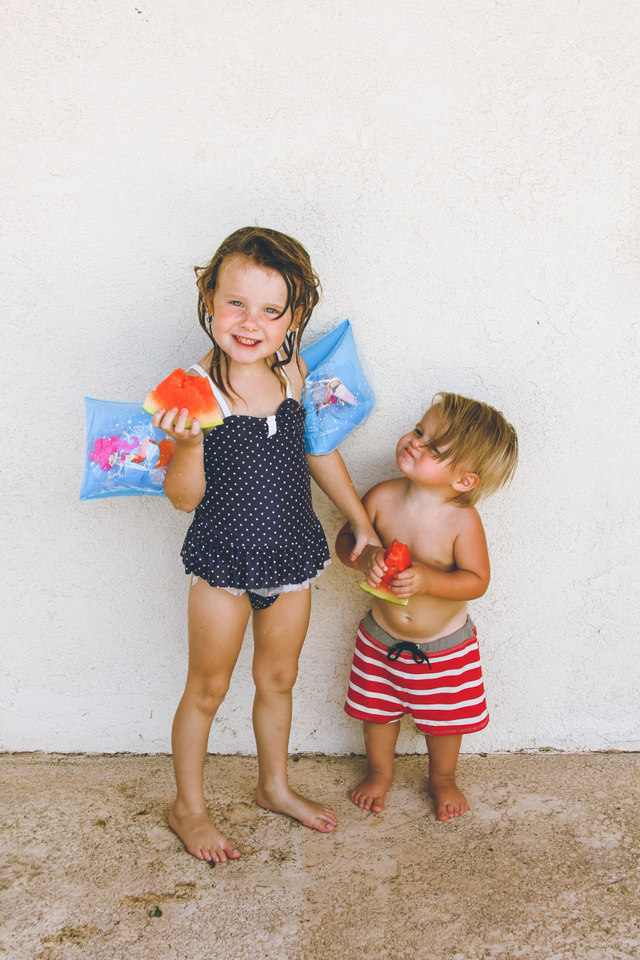 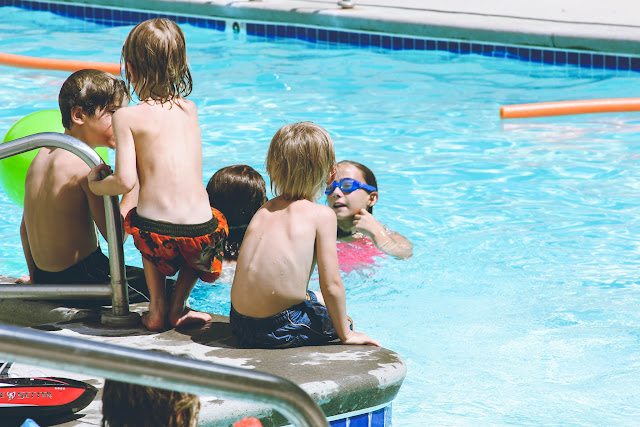 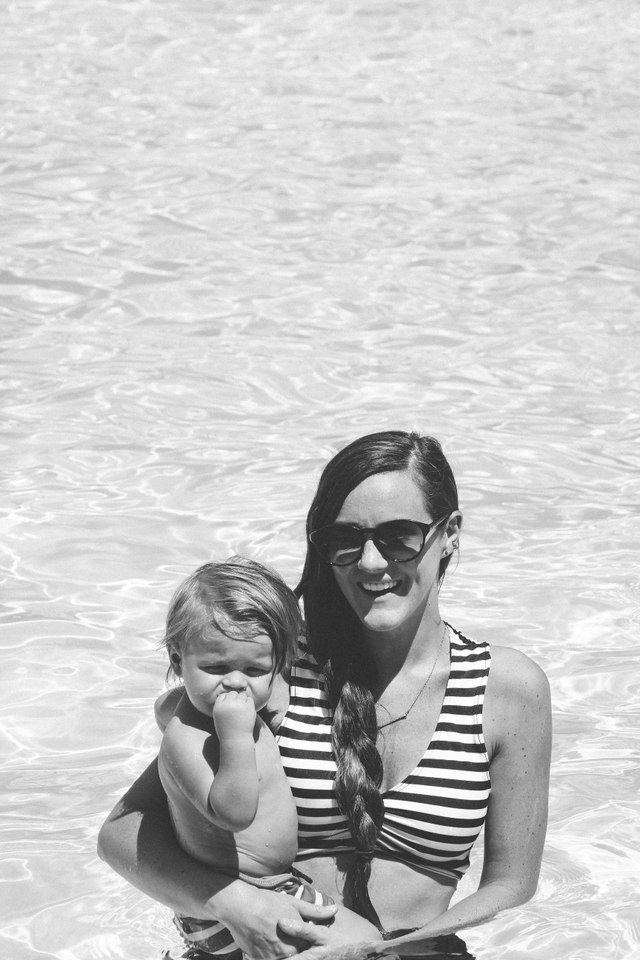 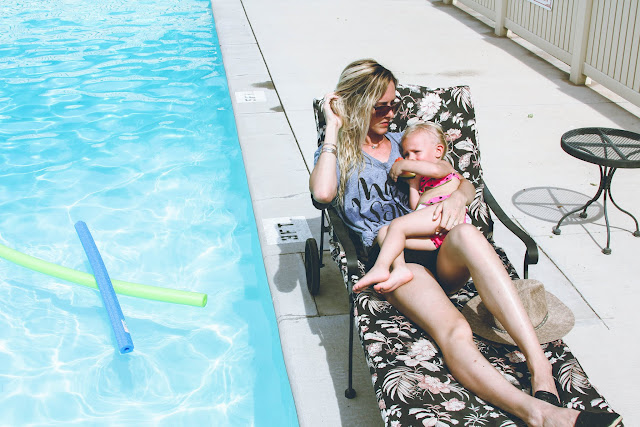 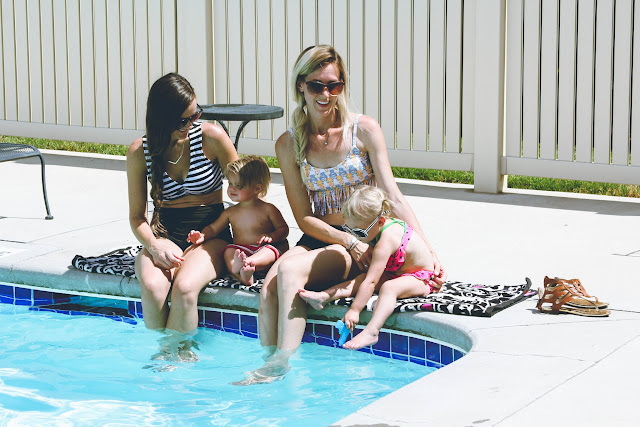 After this trip to the pool, my Sister Kylie ended up getting Gibson one of those Puddle Jumper’s

for her birthday which has been sooo nice.
I borrowed one of my friends when we were in Missouri and she could pretty much swim by herself
with one of those on!
Pools and kids give me a little bit of anxiety so it has definitely been a lifesaver/relief to now have one. 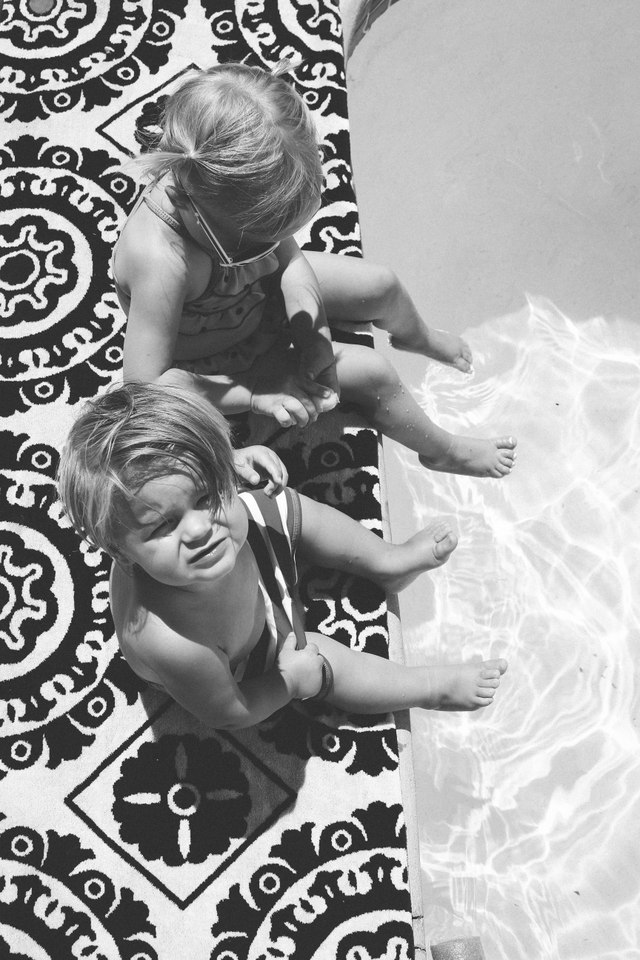 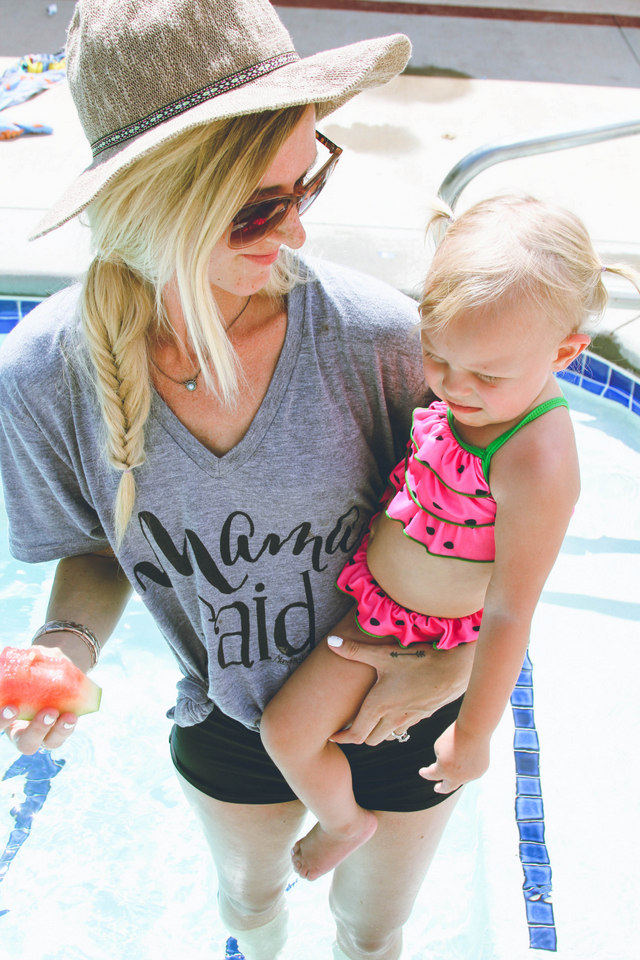 Getting Cozy for our Disney Classics Summer Marathon

Life is a Gift