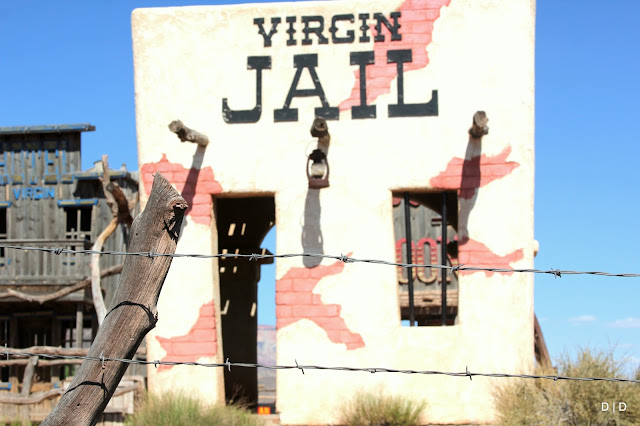 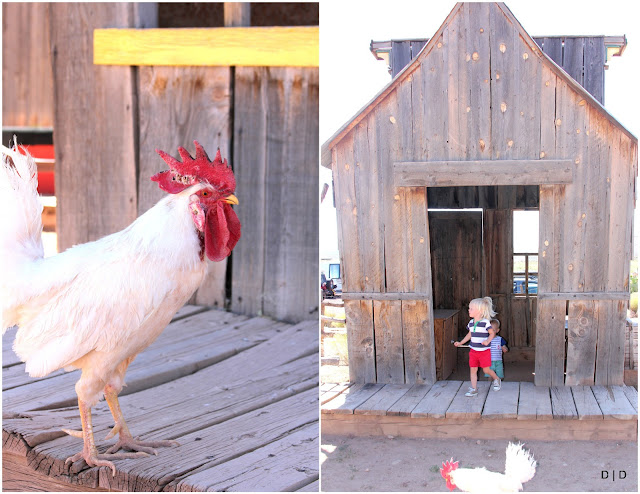 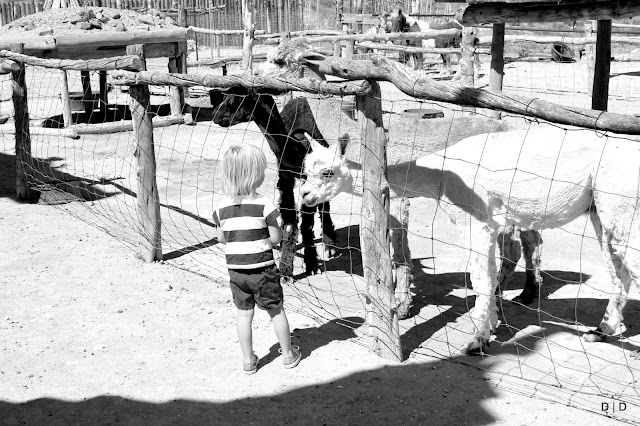 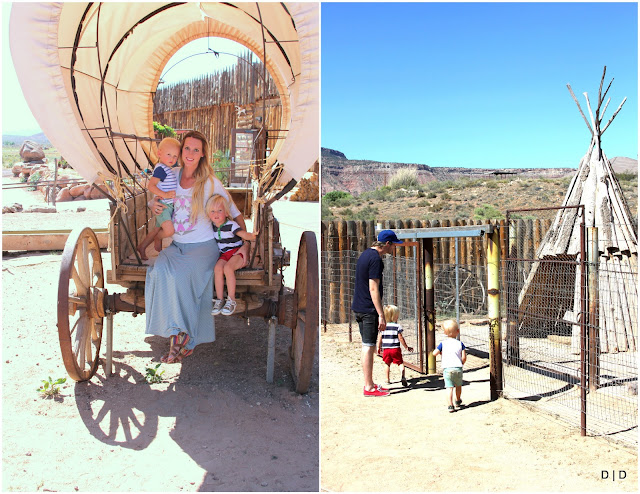 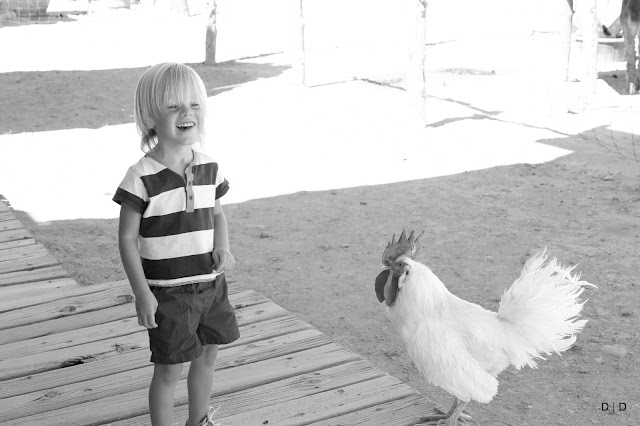 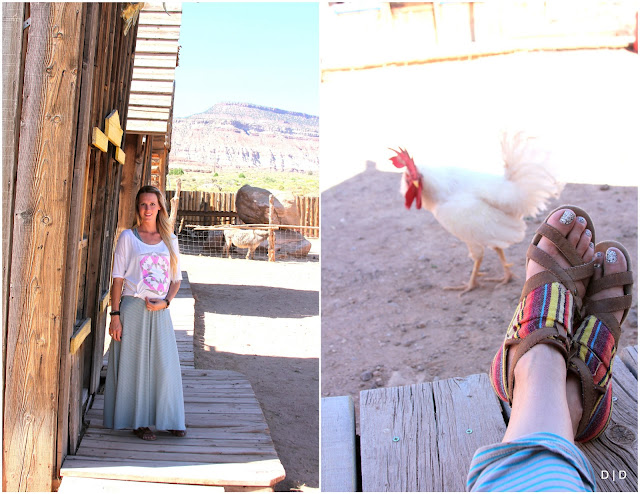 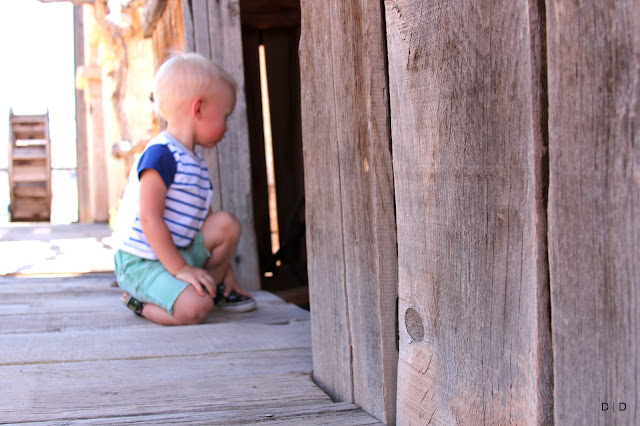 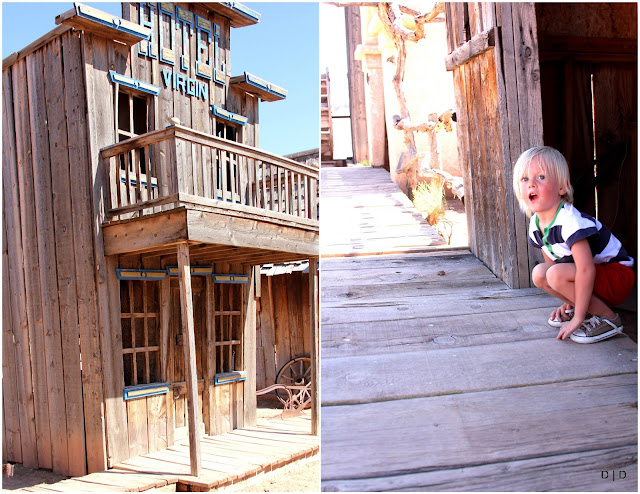 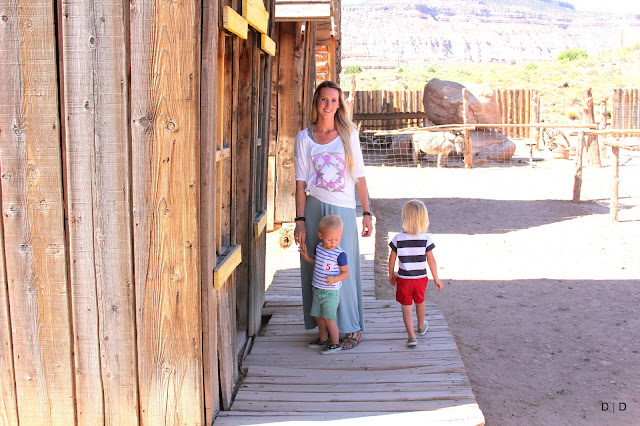 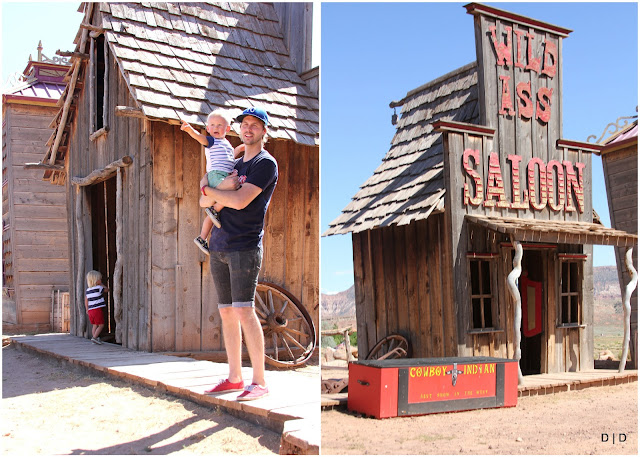 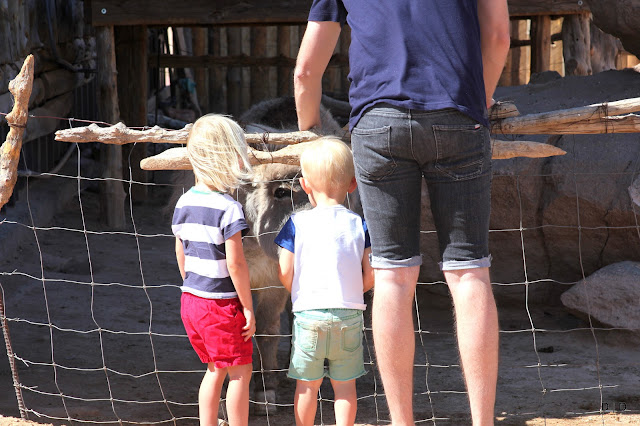 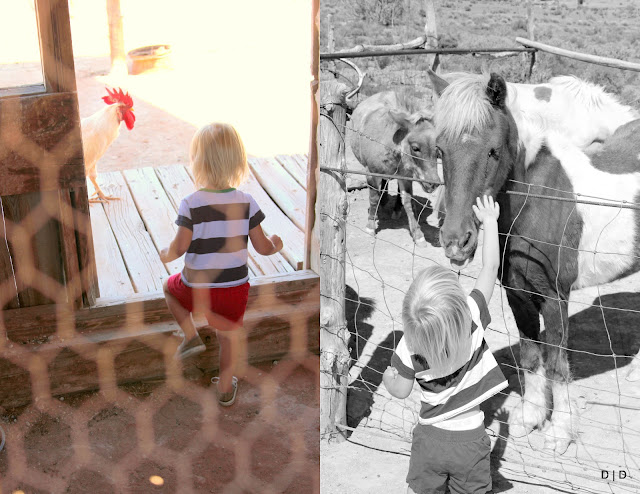 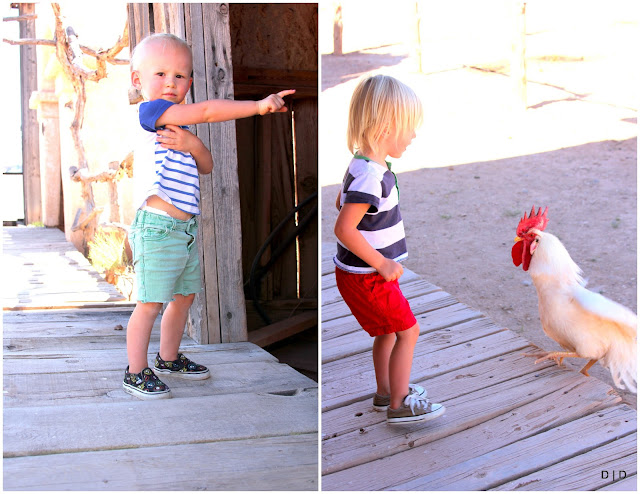 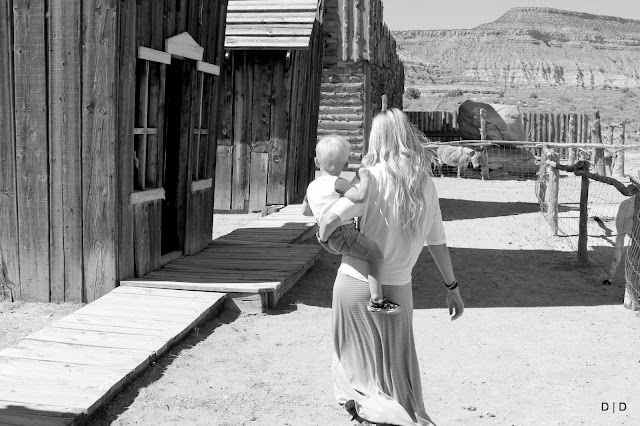 Yesterday we went on a Sunday drive and ended up in a little town called Virgin.
It’s about 40 mins from where we live.
We stopped at a rest stop where they have a little village and a petting zoo.
I remember going there a few times when I was younger with my family on our way to Zion’s National Park.
When we got in the little village, both boys mouths dropped with excitement as they ran around pointing at all the cool stuff.
It was really cute to watch.
Until… Jovi came face to face with a roaming rooster.
He thought it was pretty cool at first, but then it started getting closer and closer and started to chase him!
You should have seen the look on Jovi’s face, pure terror.
After that experience, he wanted nothing to do with the rooster and would run crying every time he saw it.
Nixon on the other hand, went straight up to the rooster and starts telling him off.
“Hey you rooster, be nice to my bes frwiend or I’ll kick you in the butt!”
Spoken like a true protective older Brother.
I loved he called him his “bes frwiend!”
After letting them wander around for a while, we went and picked up some fresh cold drinks.
Which were heaven being it was 95 plus degrees outside.
Then we piled back in the car and headed home.
Our Sunday adventure was a success.

We live in a wonderful world that is full of beauty, charm and adventure. There is no end to the adventures that we can have if only we seek them with our eyes open.  -Jawaharlal Nehru