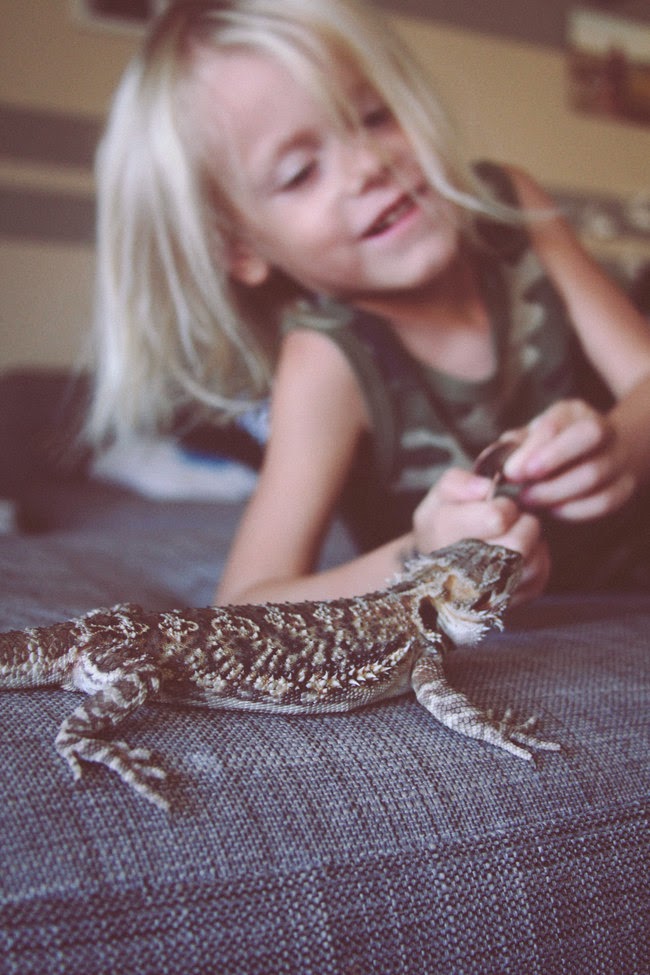 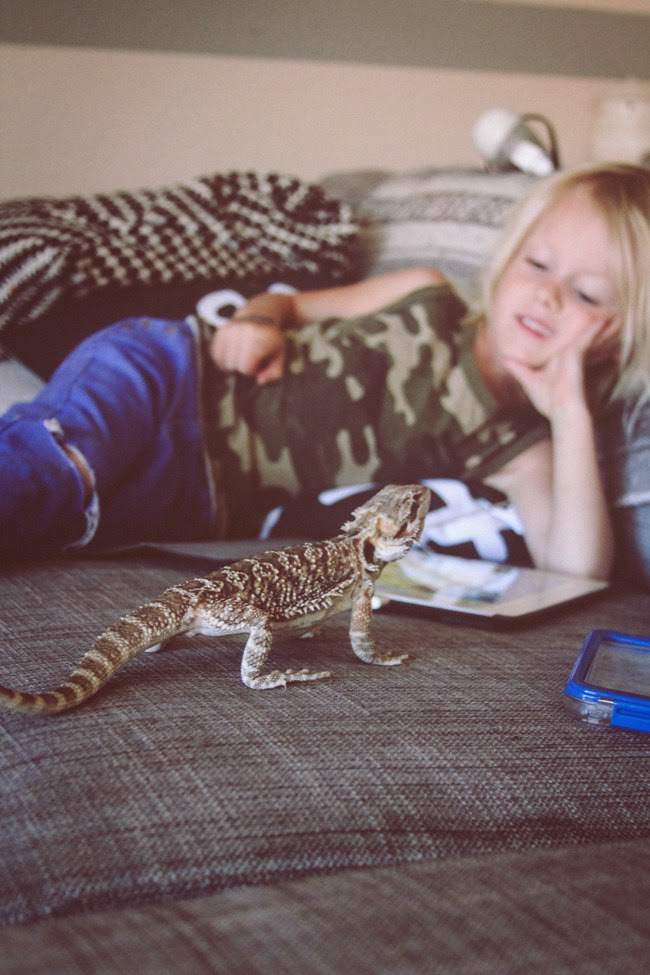 Meet Dragon, Nixon’s bearded dragon.
“He’s not a lizard, he’s a bearded dragon”, Nix tells everyone.
When we first picked him up from the pet store, he was just a little guy. And now he is HUGE, and probably going to get even bigger.

Nix tells everyone about his Bearded Dragon named Dragon. Only a few get to know his full name (Dragon sword.)

Dragon likes to eat worms and crickets (the crickets gross me out way more than the warms do.) And yes, I’m the one that gets to feed him.

Ev will step in sometimes and handle the crickets, but I’m usually the lucky one who gets to feed him Dragon.

But Ev has to clean his cage! That’s where I draw the line for me.
I’ll feed him worms and crickets all day long, but I will not clean up lizard poop! No way. 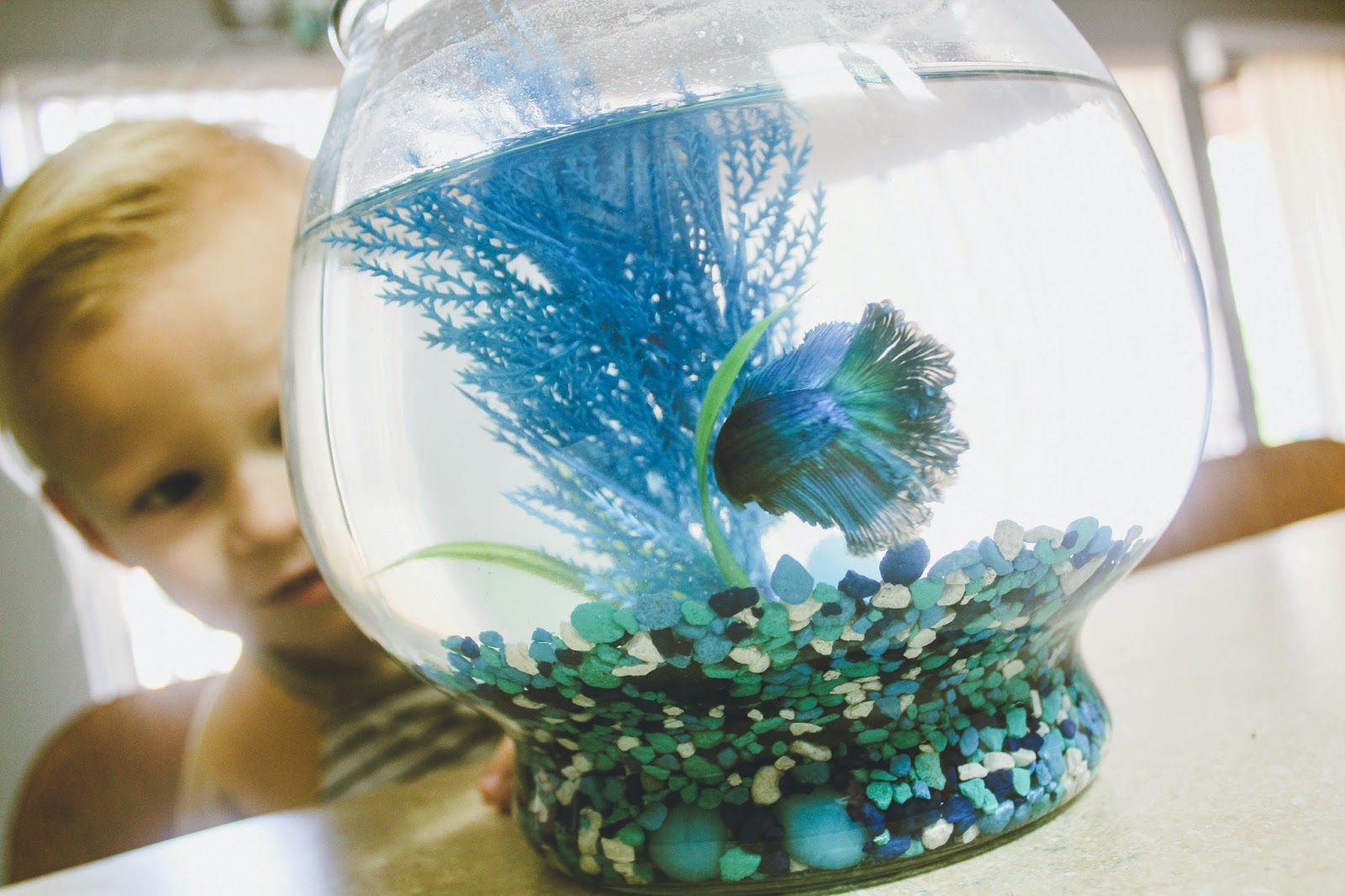 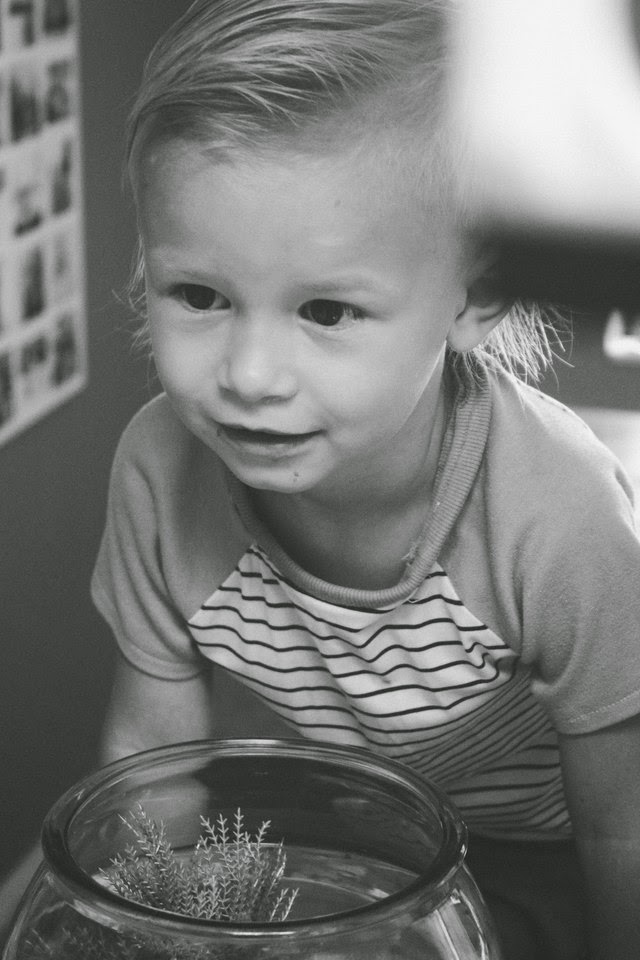 Meet Planet Earth the beta fish.
Sweet little Jovi is not really a fan a Dragon. He likes to look at him but that’s about it. His friend and choice of pet, is Planet Earth he got for his birthday. Yes his name is Planet Earth and yes Jovi named him himself.

He helps me feed him everyday, and we clean his bowl and put fresh water in every Monday.

Both of the boys do really well at helping take care of their little friends. They keep saying that when Dragon & Planet Earth die, they REALLLY want to get a puppy & some chickens.

Maybe someday boys, but not any day soon. 😉
Love, Mom. 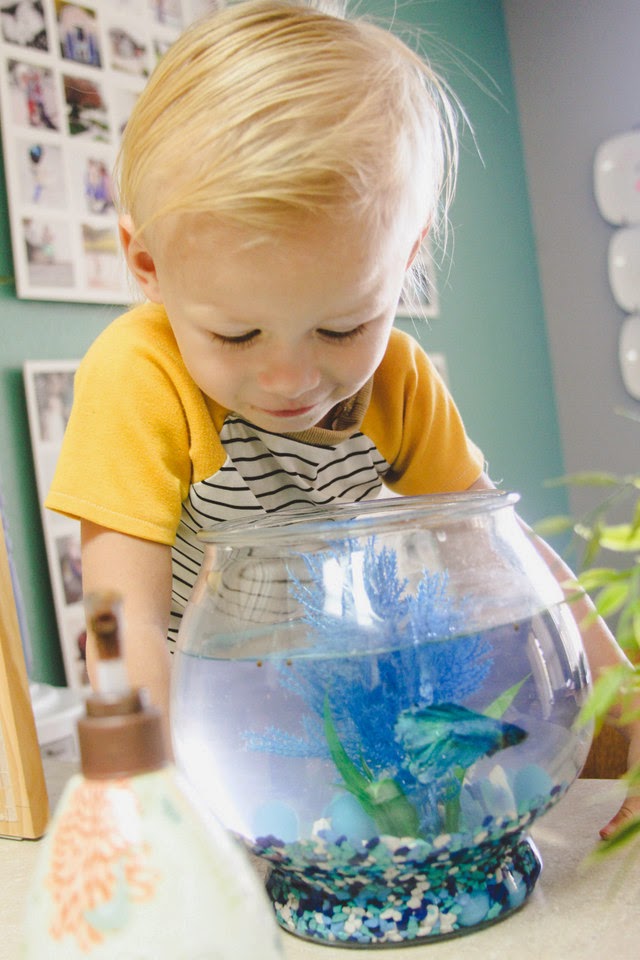 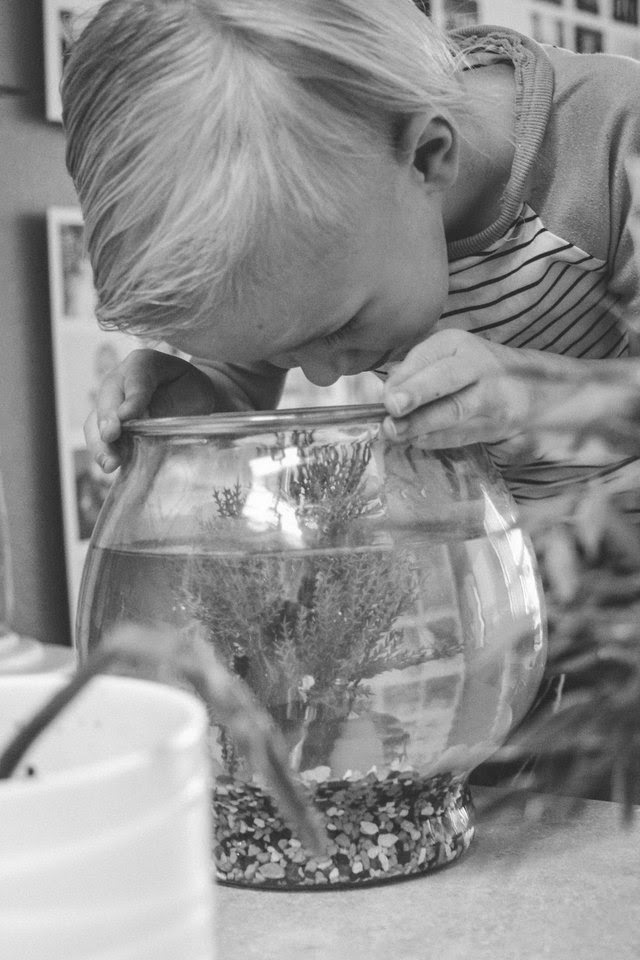 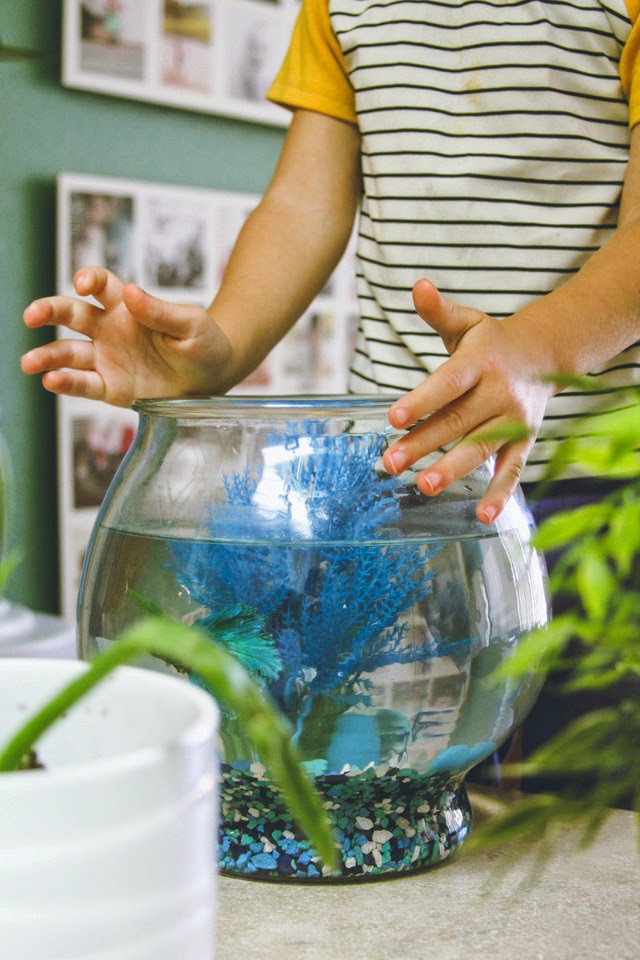 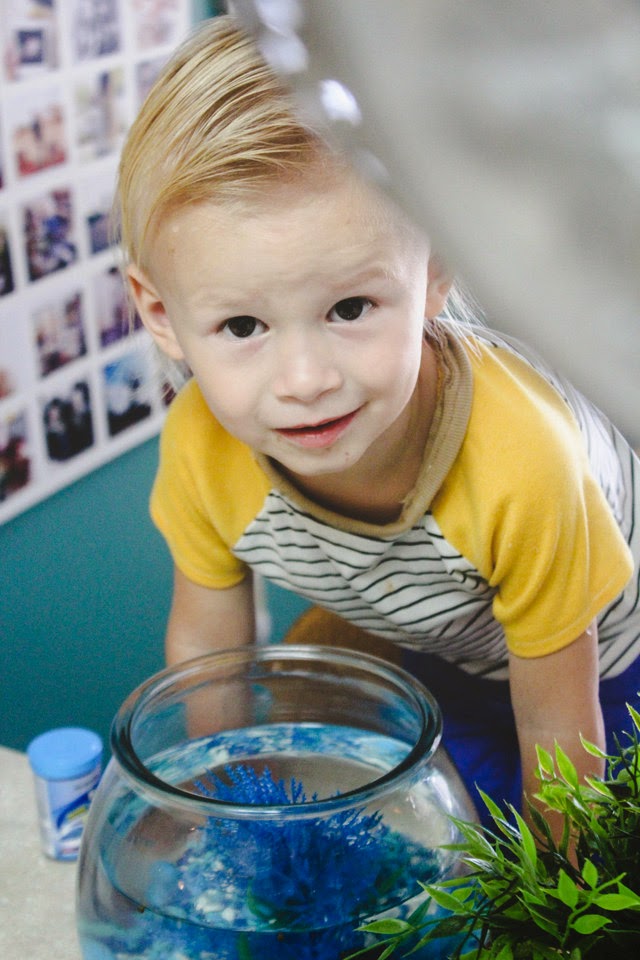 Becoming a Mother Makes You Realize…